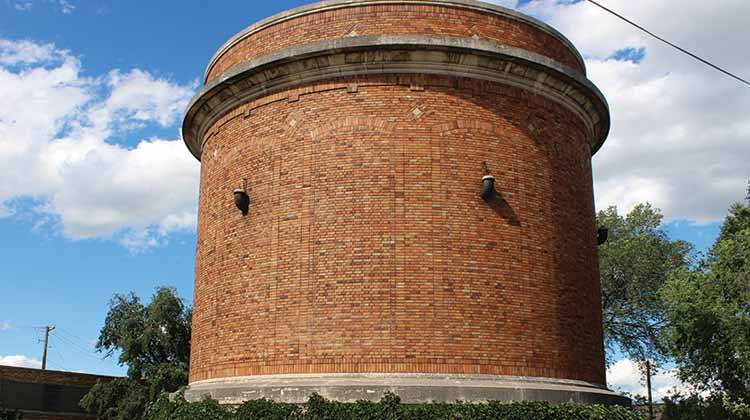 Exploring the history of St. Boniface

St. Boniface’s modern history can be traced back to 1818 when a young priest named Joseph-Norbert Provencher was sent West to establish a Roman Catholic mission. The community became a town in 1883 and achieved city status in 1908 before amalgamating with the City of Winnipeg in 1972.

St. Boniface’s proximity to the much larger city of Winnipeg meant that local officials were always under pressure to lure businesses to their side of the Red River. It was felt that an important looking city hall would convey a strong image to potential investors.

Educated in Ontario, Horwood came to Manitoba in 1904 and this was one of his earliest commissions. He went on to serve as the provincial architect from 1911 to 1924, designing such buildings as the Winnipeg Law Courts and Stonewall Town Hall.

The most prominent feature of the city hall is its domed tower, but that was not always the case. The initial dome did not turn out as planned, presumably due to cost overruns elsewhere on the building. It ended up being a stubby box without much decoration or a clock. (Interestingly, Horwood’s planned tower atop Stonewall’s town hall never materialized at all.)

In 1909, the city spent $5,000 to have the current tower built and a clock fitted, though, curiously, the clock was never installed. It wasn’t until a significant renovation of the building in the late 1980s that one was finally fitted.

The main floor of the building contained administrative offices for town and school board officials and the second floor were the council chambers and mayor’s office. The police chief and his family lived on the third floor while the basement was reserved for the boiler, a court room and nearly a dozen jail cells.

In the 1960s many of the offices, such as public health and the police, moved to the adjacent St. Boniface Civic centre. When St. Boniface amalgamated with the City of Winnipeg in 1972, the building continued as city offices.

Today, the grounds contain a sculpture garden and the main tenant is Tourisme Riel which offers information and guided tours of St. Boniface and French-speaking areas of Manitoba.

One of the most unique structures found in the city is this four-storey, cylindrical tower at the corner of Avenue Tache and Rue Messager. It is part of Winnipeg’s aqueduct system that supplies drinking water from Shoal Lake, Ontario. (Though St. Boniface was a separate city at the time, it was a partner in the Greater Winnipeg Water District that built the aqueduct.)

Water leaves the Deacon Reservoir in the eastern edge of Winnipeg under high pressure and travels via a 1.7 metre diameter pipe to this location before crossing under the Red River and onto the McPhillips Street reservoir. Because the amount of water required at McPhillips fluctuates throughout the day, a “safety valve” was needed along the route.

The surge tank acts as a reservoir when the demand for water at McPhillips suddenly increases and as an overflow relief when the demand drops. Any excess water is discharged into the Red River.

The tower measures 13.4 metres in width and 12.8 metres tall. It is constructed of reinforced concrete with a brick façade to protect the tank from frost damage.

Contractor Thomas Kelly and Sons completed construction of the tower in spring 1918. On September 20, Mayor Davidson laid the cornerstone in front of a gathering of water district officials. He noted that it was one of the few spots along the aqueduct that was above ground.

Within a couple of weeks of the cornerstone being laid, the water flow was turned on and the surge tank went into operation.

In the late 1940s, Winnipeg was beginning to suffer from water shortages. A pumping station was built adjacent to the tower in 1951 that increased the rate of flow to the McPhillips reservoir from 127,000 litres a day to 227,000 litres a day.

A century later, the surge tank is still an integral part of the city’s water supply system.

As the Depression drew to a close, the Belgian Veterans Association began a fundraising campaign to build a new war memorial dedicated to Belgian and allied servicemen killed in the First World War. Located on the boulevard across from the Belgian Club, it replaced an earlier monument in the Belgian Sacred Heart Church which stood on Plinguet Street.

St. Boniface artist Hubert A. Garner, noted across the country for his stonework, was commissioned to produce the memorial. It features a 3-metre-tall soldier standing over a fallen colleague lying face down on the ground. The material used was Haddington Island Stone from British Columbia.

Since its installation, the stone plaque on the memorial has been updated to include solders from both world wars. It also received a refurbishment in 1995.