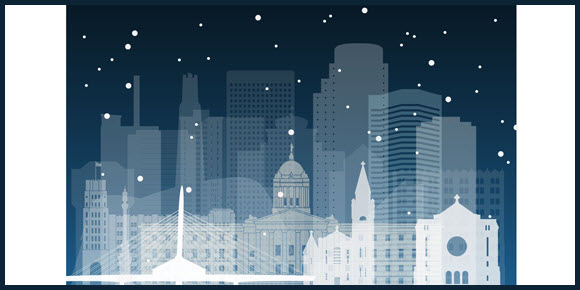 No slow down for downtown Winnipeg growth

Downtown Winnipeg has come a long way, baby, since a group of protesters formed a human chain around the Eaton’s Building to give it a 40-hour hug back in 2001.

Since then, more than $2 billion has been spent on new construction - including a little facility now called Bell MTS Place where Eaton’s used to stand and where the Winnipeg Jets now play - upgrading heritage buildings and retrofitting office, commercial and retail space in and around the central business district.

The combination has sparked an unprecedented jump in the number of people who not only work downtown but live there, too. Over the last five years, the downtown population has grown by 7 per cent to nearly 17,000.

Trevor Clay, chair of the WinnipegREALTORS commercial division, remembers the days before the new Manitoba Hydro headquarters, the SHED (Sports, Hospitality & Entertainment District) and the Canadian Museum for Human Rights.

“You had office tenants leaving downtown to set up shop in the southwest because companies wanted to go to the suburbs where they had cheap parking and were close to good restaurants. Now some of the best restaurants are downtown and people are going to Bell MTS Place for Jets and Moose games and concerts. There are many reasons to come downtown now,” he said.

In fact, Clay, who is also a principal at Capital Commercial Real Estate Services, a Winnipeg-based commercial brokerage and property management company, believes Winnipeg’s downtown is in as good shape as it’s ever been.

“There’s lots of positive activity and private investment and lots of demand for residential and retail space,” he said.

Clay will be hosting a commercial real estate panel at the WinnipegREALTORS annual Forecast Breakfast, which takes place Feb. 7 at 8:30 a.m. at Canad Inns Polo Park. Much of the focus will be on problems that stakeholders would have begged to deal with just a few years ago.

Chief among them is what kind of impact will the True North Square development, currently rising into the skyline on Hargrave Street, have on the three office towers at Portage and Main?

A number of high-profile tenants, such as Scotiabank and law firm Thompson Dorfman Sweatman, have already announced their intentions to relocate to True North Square when it’s completed this summer.

Clay said while there might be a bit of a lag in filling the soon-to-be-empty space at Winnipeg’s most famous corner, the more pressing issue will be landlords of Class B and C office space upping their games.

“We’re seeing a flight to quality. Tenants in older office, industrial and retail spaces are looking to get into better locations. (Those landlords) are going to have to figure out how to compete in a more competitive market,” he said.

Downtown residents are going to have some company at Winnipeg’s biggest tourist attraction in a few years. Jordan said he and his team are entering the final planning stages to redevelop 12 acres of surface parking lots into condos and apartments.

The first phase will be about 300 units but he hopes there will be five times that many by the time everything is built out.

“Since Day 1 at The Forks, there were always plans to have residential. We’re going to create a European-style village with four to six-storey buildings, great little piazzas and public parks,” he said.

Things will be just as busy over at CentreVenture, where the new three-year business plan will focus on realizing the potential of SHED, particularly around True North Square and the surrounding buildings. Mathieson is also eager to build the downtown population.

“We’re very optimistic about the future. We don’t want the momentum to stall. We need to achieve a high level of affordability downtown. The people with the highest propensity to live downtown are younger and they have less income. It’s a real challenge to have housing at a price point that is affordable for that target market.”