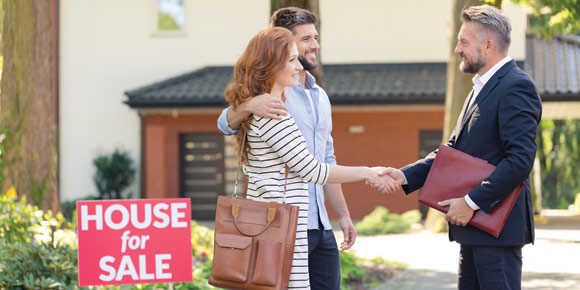 When it comes to real estate, all markets are unique. In terms of this story by Canadian Real Estate Association (CREA) CEO Michael Bourque, legalization of cannabis can vary across the country, as well, he points out that Manitoba and Quebec are not allowing homegrown cultivation of cannabis.

REALTORS® know full well what grow operations can do to compromise the integrity of a home and the repercussions afterwards in trying to sell one. It is also important to note that in Manitoba where REALTORS® are regulated by the Manitoba Securities Commission they are required to disclose whether a property was a former grow op.

The government deadline for the legalization of cannabis is fast approaching, with legalized pot set to be available to Canadians sometime this summer.

At the same time, potential problems with the legislation are coming into much sharper focus. Now is the time for the Senate to live up to its role as the chamber of sober second thought and give greater consideration to issues overlooked or disregarded in the House of Commons.

In recent weeks we have seen Ottawa Public Health as well as apartment owners and landlords speak publicly about challenges the Canadian Real Estate Association (CREA) raised over a year ago with government officials. Namely, growing cannabis at home poses huge problems for the health and safety of people and buildings.

Currently the legislation allows individuals to grow four plants at home. On the surface, this sounds reasonable, even moderate. But it doesn't limit the number of crops, or the size of each plant. With very little effort (proper irrigation and lighting) one could easily harvest three or four crops a year, which could cover a large section of a home, depending on the strain of cannabis. The consequences are myriad and significant.

First, that type of cultivation is a grow-op, with all the potential risks and hazards of a commercial operation. Health authorities are calling it a public health concern. Health Canada and the Canada Mortgage and Housing Corp. (CMHC) both place indoor air quality as one of the most important elements to maintaining a healthy home.

Risks associated with regular growing of cannabis include mould, spores and fungus. People living in these surroundings with any type of respiratory illness could be adversely affected. And the damage to the home or apartment is well known to REALTORS® who have encountered grow-ops across the country.

In fact, there are virtually no remediation standards for mould-infected homes. In addition, lenders and insurers are often reluctant to service former grow-ops, potentially taking a home off the market.

In addition to health risks, improper installation and the use of grow-op equipment, including high-wattage lights and irrigation tools, pose safety risks. With just three crops a year of certain strains, moderate yields could reach over five kilograms a year. At that level of production there is the potential for criminal activity, including easier access by minors, and apartment dwellers could be subject to health effects from smoke, odours and the consequences of a grow-op.

While it is difficult to estimate the size of the cannabis market, or to forecast usage post legalization, U.S. states like Colorado, which legalized pot in January 2014, have seen a marked increase in consumption. The situation in Canada may be even more pronounced. Cannabis has been illegal here for decades and in one day it will become legal, across the entire country. One comparison, which comes to mind, is what happened at the end of Prohibition in the U.S. when alcohol consumption shot up significantly.

For all of these reasons, the government and the Senate must make the time to seriously consider the Cannabis Act, also known as Bill C-45, and its provisions around home cultivation.

It's pretty clear that Canada has the production capacity to deal with new demand for cannabis products thanks to a rapidly growing, well-funded and capitalized cannabis industry. CREA and Canada's 125,000 REALTORS® hope that governments ban home cultivation, as has been done in Manitoba and Quebec. Failing that, we feel there is a clear case to proceed with caution and prepare for the coming into force of the home cultivation regulations.

Regulators need time to gauge the broad-based consequences of national legalization and offer solutions for all three levels of government to create rules, regulations and standards that will ensure the safety of Canadians and to protect their homes and investments.

Canadians voted for the legalization of cannabis, but it is a huge undertaking. We believe there is a strong case for getting the legislation right, versus getting it right now. We look forward to working with the government and senators to improve the legislation on behalf of home and property owners.

Michael Bourque is the CEO of the Canadian Real Estate Association. This opinion piece was originally published by the Financial Post.