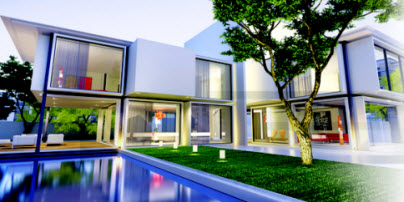 What stood out in August, according to the recently-released month-end report by WinnipegREALTORS®, was the performance of the higher-end real estate market.

There were also some other high-end commercial sales, as a motor inn and an apartment complex each sold for over $1 million.

“August demonstrated demand and confidence in our local market remains strong by virtue of the strength of the upper-end market,” said Blair Sonnichsen, president of WinnipegREALTORS®.

MLS® unit sales of 1,288 were down five per cent from August 2016, which was the best August on record. However, sales in August were up nearly six per cent over the 10-year average for the month.

As a result of the upper-end market performing so well, MLS® dollar volume increased by four per cent to $378 million.

This occurred despite residential-detached sales under $300,000 being down 35 per cent from August 2016.

“The market also showed the higher stress test requirement on insured mortgages is preventing a number of buyers from achieving their dream of homeownership and, in some instances, keeping existing owners from making their next step to another home,” said Sonnichsen.

Year-to-date MLS® unit sales activity to the end of August was marginally ahead of 2016 with a total of 9,796 sales.

At the end of August, inventory of 2,469 residential-detached properties was down 11 per cent, while the condominium supply of 855 units was up five per cent compared to last year.

“With this week’s Bank of Canada interest rate increase to one per cent and the federal government considering placing a new stress test on uninsured mortgages,” said Sonnichsen, “it will make it even more difficult for buyers to access and purchase a home.”

The new stress test on uninsured mortgages will require low-risk borrowers to be approved at two per cent above the rate offered to them by their lender.

WinnipegREALTORS® supports the Canadian Real Estate Association’s (CREA) position, which is calling on the federal government to refrain from introducing any new additional measures to cool housing markets, such as Winnipeg’s.

When the most recent bank rate increase is included, there have been nine changes to tighten mortgage financing in Canada since 2008.

“We do not believe it is prudent to extend the stress test to uninsured mortgages until the market has had time to absorb and analyze the impact of the compounding effect of interest rate increases and the previously announced tightening measures,” according to CREA in its submission to the Office of the Superintendent of Financial Institutions (OSFI).

While 2017 has been tougher on first-time buyers when purchasing a residential-detached property, other property types have experienced gains this year. In part, this is due to buyers making alternative property choices.

Sales of condominiums, duplexes, resort properties and single-attached have all had single-digit percentage increases over the same period in 2016. Town house sales have risen by the highest percentage at 11 per cent.

It should also be noted that commercial property sales are up by nine per cent.

“You need to be talking to your REALTOR® about the options available to you in our local real estate market, “said Marina James, CEO of WinnipegREALTORS®.

“Realtors know the market and what alternative property types are available, if your first choice is not attainable.”