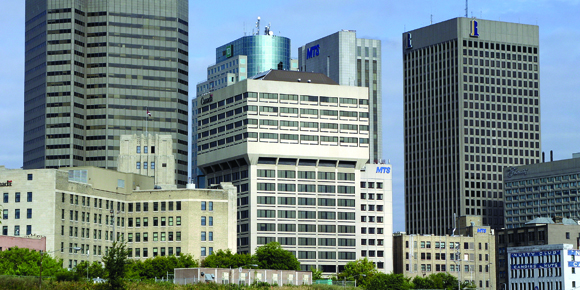 While residential sales account for most of the activity on MLS®, there’s another important dimension to the Multiple Listing Service®.

Squire said it’s necessary to go into the award-winning commercial division’s commercial property information exchange to get a clearer picture of how the city’s commercial market is performing.

And while the commercial market’s sales numbers never really tend to jump out at you, that doesn’t mean it isn’t performing well.

While the retail market has had to deal with the departure of Target, it’s starting to recover, though it had never really been in any sort of serious trouble, he added.

“With Target’s departure and other factors, there’s no question that the market softened somewhat; vacancy rates are good, but not exceptional. With regard to Target, the space at Grant Park has been filled by Canadian Tire, and Kildonan Place has commitments for about one-quarter to one-third of Target’s former retail space. There’s still the vacancy at Polo Park, but that will eventually be resolved.”

While downtown Winnipeg is “moving ahead,”  it’s unlikely it will be a retail juggernaut again, he added.

“It would take huge changes for that to happen — specifically, a population increase,” he said. “That would have a very positive impact on the area. There would be less retail vacancies, and a demand for more businesses and services. We need to get more people (living) downtown for it to really start marching ahead in the retail market.”

For the city’s industrial market, it’s steady as she goes.

“It’s done well for the last 10 years and is coming along just fine.”

WinnipegREALTORS® commercial division chair, Stephen Sherlock, agrees. “Right now, there’s a lot going on, and it’s going really well,” he said. “There’s lots of activity. Companies are moving around and renewing, and there’s some newer product on the market.”

That said, the availability of  land  would be a welcome addition as it would help drive more movement.

“It’s hard to find, so right now, there’s a lot of pent-up demand for it,” said Sherlock. “At this point, the appetite is stronger than the product, but land is on the way. There are plans for agricultural land to be re-zoned to industrial, and there are development plans in the RM of Rosser, so we’re hoping to see more industrial land come on stream within the next six months.”

Meanwhile, businesses looking for affordable industrial space may be able to tap into older stock, he added.

“You can get older stock for about half the price of newer stock (such as facilities in south Winnipeg, which are in high demand), so price-conscious users can take advantage of older product. It’s just a matter of being patient and finding the right fit (loading and ceiling height). Older product can still work.”

Overall, the trend in commercial sales is positive, said Johnson.

“The retail and industrial markets are strong, and the office market, especially downtown, is coming along, spurred on by activity from True North and Artis REIT. The market is, and has been very consistent. We can expect more of the same.”