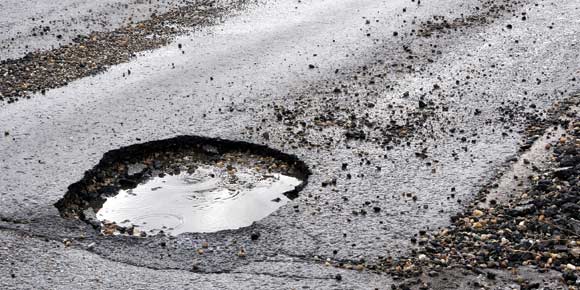 Put roads — and our economy — on the campaign list

Election years are a good time to take stock. What has city council done for us in the last four years? What should it be doing? And on the list of priorities, what should be at the top?

Every neighbourhood has its priorities. But on a city-wide basis, anyone aspiring to be Winnipeg’s mayor must understand the issues that transcend neighbourhoods, as well as those that hit people where they live.

Infrastructure is one of those issues. In fact, it regularly hits the top of the list for residents and anyone on the campaign trail will hear about it on the doorsteps.

In a recent public opinion poll conducted for the City of Winnipeg, when asked what would most improve quality of life in the city, Winnipeggers basically said ‘fix the roads’ — by a wide margin. Some 43% put roads as the priority; the next closest was transit at 15%.

We hate potholes, yes. But the source of the enmity goes deeper than the jarring bones and rattling wheel rims. Such pains are collateral wounds in the greater damage inflicted by bad roads.

Infrastructure is foundational to trade and it is trade – the daily movement of goods to market and people to jobs – that fuels the economy. Winnipeg is the heart of the Capital Region, which generates more than $36 billion, or 70%, of Manitoba’s GDP.

A city’s transportation infrastructure must be up to moving people and goods reliably and efficiently. If roads aren’t repaired when they should be, the job to fix them is much more expensive – your tax dollars – and takes much longer. This is the program we call ‘local and regional street renewal’ in the City of Winnipeg’s annual budget. Anyone who has driven in other major Canadian cities knows the priority placed on the economy – think Calgary’s enviable ‘trail’ system.

The critical role roads play in our economy was recognized by past city councils – in 2013 and ’14 Winnipeg city council adopted a policy and budget program to address this city’s infrastructure investment deficit. It was this decision that put an annual 2% tax – for roads – on your property bills.

Council, however, has not always increased the street renewal budget by the $11 million in revenues the 2% raises each year. Kudos to city council for securing an extraordinary cost-shared funding agreement from the federal and provincial governments, but one-off deals can’t replace predictable funding for critical, routine street maintenance.

Voters have to send the message that, to make progress against the infrastructure gap and to ensure this city is ready to capitalize on increased trade opportunities, our streets budget has to increase by the revenues raised each year by the 2% tax, dedicated to that purpose.

Winnipeggers must be able to drive on residential streets without worrying about blowing a tire. It is doubly important that our regional streets and thoroughfares are up to the task of supporting our economy; that our cars, trucks and buses are not idling at pinch points or chugging, stop-start, along at ridiculously low speeds. Bad for the blood pressure; bad for the environment. Bad for the economy.

Winnipeg is set for growth – our population will hit a million in less than 20 years – and we need to prepare to meet the challenge and opportunity that opens up. Our economy can grow, we can take advantage of increased trade in Canada and beyond. But only if our roads can carry increased trade.

When council and mayoral candidates hit your doorstep, tell them you are going to vote. Ask them how they would get our roads in shape so Winnipeg can compete for a bigger piece of expanding global trade. Tell them our economic future rides – or stalls — on their answer.