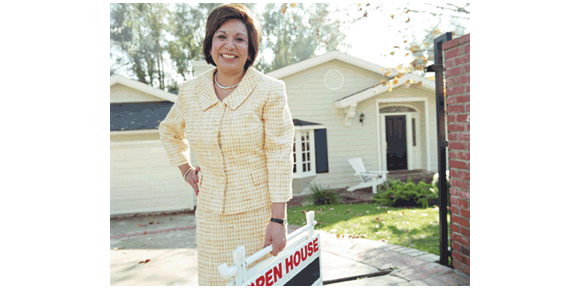 Plenty of choices available for buyers

While there was still a large influx of new listings coming onto the market in May, it was the first time in two years that a decrease in listings was recorded over the same month when compared to the previous year.

In terms of listings for the months previous to May this year, monthly increases have been significant — for example, a 33 per cent spike in March this year over March 2014.

Peter Squire, the market analyst for WinnipegREALTORS®, said  there was a four-month supply of MLS® listing inventory in May.

He said the Altus Group, a leading national housing consulting firm, which each month tracks local markets in Canada, indicated that any location with a five months’ supply of existing houses for sale is considered to be a “normal” market.

“With four months supply,” said Squire, “we’re more favourably placed than most markets in Canada, where the supply can be as high as 12 months and above.”

In Quebec, the listing inventory in April (the most recent available statistics), as reported by the Canadian Real Estate Association (CREA), was above 12 months, as it was in New Brunswick, Nova Scotia, and P.E.I.

The only province that had a lower listing inventory than Manitoba was Ontario at 3.3 months.

“And that only exception is because of Toronto’s housing market, which is red hot,” added Squire.

To the west of Manitoba, Saskatchewan’s inventory in April was 7.9 months, Alberta’s was 4.8 months and B.C.’s was 4.7 months in April.

“On the other hand, sellers need to be realistic in their pricing as there is plenty of competition in the market.”

Year-to-date MLS® inventory at the end of May was at a healthy 5,751 listings, reported WinnipegREALTORS®.

The association reported that year-to-date MLS® sales were slightly ahead of last year, although the 1,455 sales recorded in May were seven per cent off the pace set in May last year.

Year-to-date residential-detached, single-family sales to the end of last month were up seven per cent, despite a five per cent setback in May.

Squire said condominium sales for the year are off 20 per cent when compared to the same period in 2014.

In May, the decrease was just 10 per cent, he added.

In the case of condominiums, the pace of selling above list price is one-in-10, with 15 per cent selling at list price.

May dollar volume was $410 million and was only one of five months in the 112-year history of the association to top the $400-million level.

Year-to-date dollar volume at the end of last month was $1.37 billion, which was up two per cent over the same period last year and the highest total ever record for the first five months of any other year.

MacKenzie said he was pleased by the MLS® statistics showing another sold year of performance for the local market.

“The numbers speak for themselves,” he added, “and it’s correct to say ideal conditions now exist in our local market for buyers to take advantage of favourable mortgage rates.”

Canada Mortgage and Housing Corporation reported on May 29 that there was an average credit score of 746 for transactional homeowner loans and an average gross debt service (GDS) ratio of 26 per cent for the three-month period ended March 31, which demonstrates a strong ability among home buyers with CMHC-insured mortgages to manage their debts. The average insured loan amount for transactional homeowner mortgages in the quarter was $238,630.