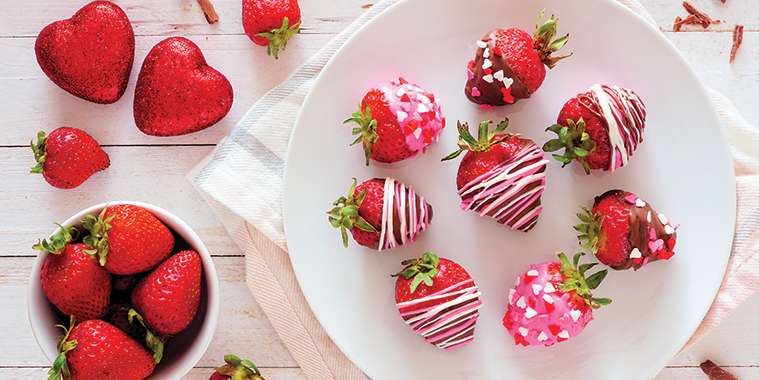 Valentine’s Day occurs every February 14. Across Canada, the U.S. and in other places around the world, candy, flowers and gifts are exchanged between loved ones, all in the name of St. Valentine. But where did these traditions come from?

The history of Valentine’s Day — and the story of its patron saint — is shrouded in mystery. We do know that February has long been celebrated as a month of romance, and that St. Valentine’s Day, as we know it today, contains vestiges of both Christian and ancient Roman tradition.

While some believe that Valentine’s Day is celebrated in the middle of February to commemorate the anniversary of Valentine’s death or burial — which probably occurred around A.D. 270 — others claim that the Christian church may have decided to place St. Valentine’s feast day in the middle of February in an effort to “Christianize” the pagan celebration of Lupercalia. Celebrated at the ides of February, or February 15, Lupercalia was a fertility festival dedicated to Faunus, the Roman god of agriculture, as well as to the Roman founders Romulus and Remus.

Cupid is often portrayed on Valentine’s Day cards as a naked cherub launching arrows of love at unsuspecting lovers. But the Roman God Cupid has his roots in Greek mythology as
the Greek god of love, Eros. According to the Greek poets, Eros was a handsome immortal who played with the emotions of gods and men, using golden arrows to incite love, and leaden ones to sow aversion. It wasn’t until later that he began to be portrayed as a mischievous child on Valentine’s Day cards.

By the middle of the 18th century, it was common for friends and lovers of all social classes to exchange small tokens of affection or handwritten notes, and by 1900 printed cards began to replace written letters.

In the 1840s, Esther A. Howland began selling the first mass-produced valentines in America. Known as the “Mother of the Valentine,” she made elaborate creations with lace, ribbons and colourful pictures. Today, according to the Greeting Card Association, an estimated 145 million Valentine’s Day cards are sent each year, making Valentine’s Day the second largest card-sending holiday of the year behind Christmas.

Cards aren’t the only way to show affection. While the roots of Valentine’s Day go back to Roman times, giving chocolates or candy is a more recent development. It was in 1800s England that Richard Cadbury came up with the idea of decorated heart-shaped boxes for chocolates. In 1907 in America, Milton Hershey started the production of his chocolate “Kisses”.

But it was chocolatier Russell Stover who truly linked chocolate with romance with the introduction of their heart-shaped box of chocolates. They began selling their chocolates wrapped in heart-shaped boxes in 1923. Their ‘Secret Lace Heart’, chocolates contained in a chocolate box covered in satin and black lace, was their biggest success.

A study in 1996 showed that chocolate caused the release of endorphins in the brains of American women, making them feel happy. Chocolate does contain a number of compounds associated with mood-lifting chemicals in the brain. Often mentioned is phenylethylamine, a natural antidepressant and one of the chemicals your brain produces as you fall in love. Tryptophan, an amino acid present in small quantities in chocolate, is linked to the production of serotonin, a neurotransmitter that produces feelings of happiness.

But most of these compounds are present only in small quantities in chocolate, and now some scientists say that they are probably almost entirely digested before they reach the brain. It may instead be the experience of eating chocolate, and satisfying a food craving, that releases endorphins and ‘happy feelings’ more than the content of the chocolate itself.

I say, whatever makes you feel good, eat it! If you really want to impress your loved one this Valentine’s Day, or even just yourself (because we all deserve a treat and being alone does not mean we are lonely), dipping strawberries in chocolate is about the easiest homemade dessert out there. It’s also just plain fun to do!

1 pt. strawberries
2 c. semisweet chocolate chips
2 tbsp. coconut oil or shortening (can be skipped, but your chocolate will be less smooth and workable)

3.In a small microwave-safe bowl, combine chocolate chips and coconut oil and microwave in 30-second intervals, stirring in between, until completely melted.

4. Dip strawberries in chocolate and place on prepared baking sheet.

Optional: Decorate by drizzling with white chocolate, pink or heart-shaped sprinkles, and even nuts. The sky is the limit. Use your imagination.

5. Refrigerate until chocolate is set, about 30 minutes. Enjoy!