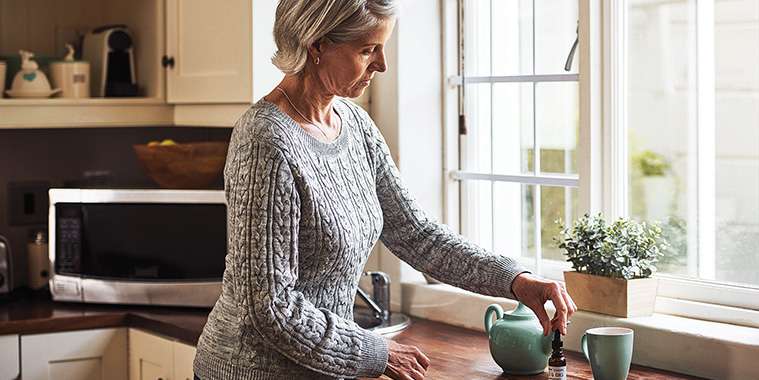 Spring has finally sprung, and soon we’ll be seeing hints of new growth everywhere. But there’s one type of growth we’d rather not see — a large-scale medical grow op in our neighbourhood.

At the forefront this year in terms of our regional real estate market is lack of supply to meet demand. For almost two years — starting in spring 2020 when the economic shutdown ended and Manitobans responded by seeking homes in record numbers — demand has remained brisk. Families and first-time buyers are in need of homes to purchase, so one thing we can ill afford in existing municipalities like Winnipeg are homes which are being purchased for large scale medical grow op purposes.

Homes being purchased strictly for use as grow ops, rather than as a residence, has been an issue for a number of years, but the City of Winnipeg is doing something about it so we will not see houses continue to be used in this way. These are homes for family purposes that people can live in and enjoy, and the City is making sure they stay that way.

The Winnipeg Regional Real Estate Board (WRREB) presented at the Standing Committee on Property and Development on October 13, 2021, in support of the City of Winnipeg’s decisive action to eliminate large scale medical grow ops from residential neighbourhoods.

The City of Winnipeg is bringing in measures to prohibit or severely curtail the possibility of a large- scale medical grow op operating within any residential neighbourhood in Winnipeg.  They are creating a framework through regulation where a designated grower for medical cannabis users is required to obtain and maintain a valid business license and operate within manufacturing zones. This will allow the City to inspect these operations and revoke licenses if they are not in compliance. Introducing a licensing requirement allows the City to conduct inspections, and to suspend or revoke a license or issue a fine, if there are health and/or safety concerns.

REALTORS® are committed to safe neighbourhoods and know how important this measure of quality of life is to residents when they go to purchase a home or sell their home. Therefore, it is incumbent on REALTORS® to advocate for safer neighbourhoods which includes ensuring no residents are negatively impacted by a home that is being illegally used to grow cannabis on a large commercial scale.

Winnipeg resident Ed Kolodziej is leading the charge to shut these large-scale grow ops down in residential neighbourhoods. “We are not opposed to cannabis,” he said. “We are opposed to homes being purchased for the primary purpose of cannabis production. Homes are for people. We have identified the seriousness of the issue, its impact on community, and the link to organized crime. Our mandate is to make our communities safer, and a place for people to live and thrive.”

WRREB not only recognized residents like Kolodziej who have stepped up to bring this issue to everyone’s attention, but also a number of city councillors who are actively supporting moving this issue forward and getting the civic administration to create and enact a rigorous by-law regime. They are councillors Ross Eadie, Janice Lukes and Devi Sharma.

Councillor Sharma in particular has been a leader at City Hall in marshalling support to control and regulate large scale medical grow ops in the city and put Winnipeg at the center nationally for dealing effectively with this long-standing issue. Here are some of the things she said in an editorial she wrote last month in the Winnipeg Free Press Community Review:

“Over the last few years, many of you have raised concerns about the cultivation of medical cannabis in residential areas. I’ve heard your concerns — and now all of city council has, too — about the noise problems, safety issues, property value worries, and health implications of the odour coming from cannabis growth.

“This is a complex issue that has involved a lot of research and valuable input from residents.

“It’s important to understand that individuals with a prescription for medicinal cannabis can register with Health Canada, which authorizes production of a prescribed amount of cannabis within their residences, or they can designate someone else to produce it for them at another property. However, when too many cannabis plants are grown in a single dwelling, there is the potential to create or contribute to negative impacts within neighbourhoods, including odour complaints, long-term damage to buildings, and increased risk of criminal activity.

“From the first time these concerns were raised, I sought to consult with members of the community through town halls, with political representatives from all levels of government, and with Health Canada, then worked with my fellow councillors and Winnipeg public service staff to explore bylaws to set guidelines for residential areas, which would require operators of grow sites to obtain valid licences from the city.

“As City of Winnipeg staff and councillors worked to find policy solutions, we found that other Canadian cities rarely regulate non-commercial (residential) cannabis growers but that some smaller communities, such as Norfolk County and Georgina in Ontario, have established zoning bylaws to limit grow sites to industrial or rural zones and create air-filtration requirements. Winnipeg would be the first major Canadian city to actively take steps toward addressing the issues created by medical cannabis grow sites in residential neighbourhoods.”

As Sharma has made clear, regulation is happening. WRREB will be presenting at the Standing Committee of Property and Development on April 5 to support the final by-law amendments that will effectively regulate the operation of large-scale grow ops in Winnipeg, while setting a standard for other municipalities in Manitoba and Canada to follow.