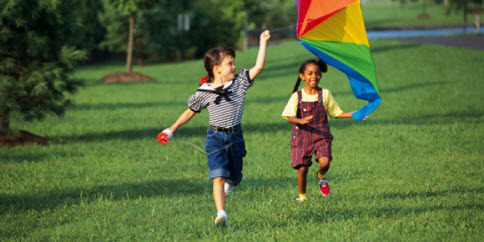 When Canadians select a neighbourhood in which to live, green space is important, according to a new survey.

It’s also important to WinnipegREALTORS® and the Manitoba Real Estate Association (MREA), which adopted a commitment to green space and perserving the environment among the five principles of their Quality of Life program.

“Everyone wants to live in safe and healthy cities,” said Lorne Weiss, a past president of both real estate associations.

Weiss said the Quality of Life program is “about creating communities where everybody thrives.”

He added that is why there is an emphasis on maintaining green space in the program.

The new TD Bank Group’s GreenSights Report indicated that 95 per cent of Canadians agree access to community green space will be important to their quality of life in the future, although three-quarters feel that their local green space could be better.

“As the pace of life around us intensifies, Canadians value outdoor spaces in their communities where they can find common ground.”

While many Canadians make it a point to get out and visit their community green space regularly, with six-in-10 saying they do so once a week or more, 77 per cent feel there is room for improvement.

When asked how the community green space closest to their home could be better, Canadians said common enhancements should include more public picnic areas, natural playgrounds and even solar lighting, the latter being a nod to the growing interest in sustainable buildings and infrastructure.

When asked to list what they like to do most in their local green space, the Top-3 cited activities listed by Canadians were all linked to escapism: 43 per cent said they relax on their own; 42 per cent wanted to connect with nature; and 41 per cent opted to relax with family and friends.

Further, technology is not a priority for Canadians’ enjoyment of green spaces, as only 13 per cent and eight per cent, respectively, considered access to free Wi-Fi and electric charging stations to be very important.

The report also found that Canadians place a high priority on proximity to community green space when selecting a neighbourhood in which to live, ranking at 18 per cent, closely behind “proximity to good schools” at 23 per cent, and “easy access to public transit” at nine  per cent, and above “walkable neighbourhood,” which came in at 15 per cent.

Similarly, the report indicates that Canadians would be willing to make sacrifices to ensure community green spaces are preserved.

When designing community green spaces for the future, Canadians believe a diverse mix of groups should be considered. These include families with young children (70 per cent of respondents), seniors (57 per cent) and people with disabilities (53 per cent).

Generationally, Millennials are the most inclusive age group, identifying it as important to consider new Canadians (15 per cent) and Indigenous people (12 per cent), compared to an average of nine per cent and five per cent by other age groups.

Regardless of age, 94 per cent agreed that natural sustainable playground equipment would be important for their local community green space.

“Sensory-rich community green spaces are the rare places in our cities where human barriers drop,” said Adam Bienenstock, an award-winning designer of natural playgrounds, and participant in a recent roundtable discussion organized by TD.

“Achieving sustainability in our parks and playgrounds requires us to incorporate real, raw nature into every experience. These are the places where we will inspire the next generation of urban environmental stewards.”

According to the Quality of Life program adopted by the two real estate associations, “REALTORS® recognize that one of the most important elements of our quality of life is clean air and water, parks and open spaces.”