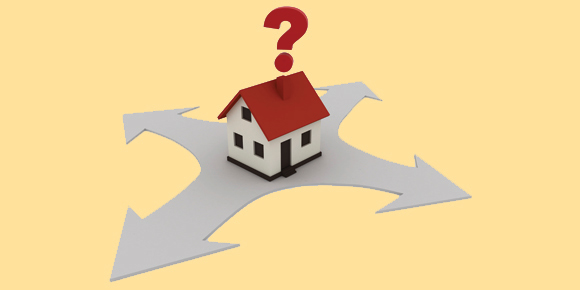 Recently, the Canada Mortgage and Housing Corporation (CMHC) released its third Housing Market Assessment. Although initially smal-ler, this quarterly publication attempts to evaluate the extent to which there is evidence of problematic housing market conditions in 15 major Canadian cities.

The purpose of this document reveals its first basic problem. A national agency created to work in the housing industry is not looking at strengths and weaknesses of markets, nor is it identifying areas for improvement. No, the only purpose of this report is to highlight evidence of problematic conditions. Therefore, for much of the analysis, there is nothing to report.

For each of the 15 cities reviewed, there is a grand total of one paragraph dedicated to their entire housing industry. If market demand is growing too fast, if prices are climbing too quickly, if houses are considered to be overvalued, or if there is evidence of overbuilding, it all has to be summarized in one paragraph, plus one coloured chart showing green, yellow or red ratings.

It’s interesting to take a more global look at the 15 cities. According to this report, there is only one market in Canada (Hamilton) where demand significantly outpaces supply. Hamilton? Perhaps, Torontonians are wanting to move west. After all, Toronto seems to be the only city in Canada that has moderate problems with housing price acceleration.

I find the rankings for the two Saskatchewan cities to be astounding. They were rated as moderate last quarter but have strong problems this quarter. How do these cities become more overbuilt, when neither experienced any significant new home building over the past year?

Winnipeg is now considered less problematic than it has been for the past two quarters. The accusations of overvaluation have subsided. This is a problematic category to me. The market determines overvaluation, not an analyst. If consumers consider the prices to be too high, they don’t buy. If they offer less on a resale home and it sells, then that was the right price.

The entire local housing industry was given a cautionary grade because there were 996 more apartments built in 2015 than in 2014, mostly in response to the fact that Winnipeg had the lowest Canadian apartment vacancy rate three years ago.

Housing Market Assessments are interesting, but they are not something that should be dominating the status of the housing market. The industry is far too important to be summarized in one paragraph and only four factors.

More about market Further to Mike Moore’s column, WinnipegREALTORS® president Stewart Elston, in the association’s January MLS® market release, said:  “The numbers for January appear to reflect the association’s forecast breakfast projections presented on January 27. Despite some of the negative headlines we see from national organizations trying to figure out trends and movements based on an over-weight emphasis on  Vancouver, Toronto and Calgary … in Winnipeg, we tend to be less exposed to speculative influences like foreign investors and an economy based on a single resource like oil.

“So when you see headlines implying Winnipeg’s market is high risk or shows strong indications of problematic conditions … we should remember that real estate is local. The activity you see in our local MLS® stats can be relied upon.”

(The above article — with the exception of Elston’s comments — by Mike Moore, the president of the Manitoba Home Builders’ Association, about CMHC’s new national housing market assessment model, first appeared in his weekly column in the Saturday Homes section of the Winnipeg Free Press.)