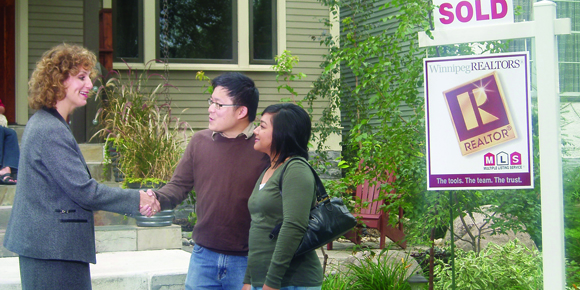 With REALTOR® Week set to unfold from November 21 to November 28, its flagship event — Opening Doors, the 2016 Manitoba REALTOR® Network public policy symposium — will take place on Tuesday, November 22, from 1:30 p.m. to 4:30 p.m. at the Fort Garry Hotel.

The aim of Opening Doors is simple: to expand the real estate profession’s engagement in public policy discussions and enhance provincial advocacy efforts to build stronger Manitoba communities. Discussion of those provincial advocacy efforts will be two-pronged, with the first part of that discussion involving industry leaders talking about Realtor advocacy and community initiatives.

That discussion will also involve a lively panel discussion on Manitoba politics and provincial opportunities. The panel figures to be a good one, as 680 CJOB’s Richard Cloutier, political scientist Paul Thomas, Probe Research’s Mary Agnes Welch and Chuck Davidson, CEO, Manitoba Chambers of Commerce, will be on hand to weigh in on the two topics.

Manitoba Minister of Growth, Enterprise and Trade Cliff Cullen will then address the gathering of Realtors to cap off the symposium.

“We introduced three action plans at last years’ symposium, plans that are still ongoing initiatives,” he said. “Those action plans included expanding First Nations’ affordable homeownership, reducing barriers to homeownership with a proposed $750 land transfer tax (LTT) rebate for first-time buyers and people with disabilities, and an initiative aimed at stopping the province’s practise of cottage owners being taxed on education twice.

“We now have 17 families owning their own homes in Winnipeg (through Tipi Mitawa),” he added. “The goal of the program is to give families the ability to choose to live in any urban centre.

“Right now, purchases have been limited to Winnipeg, but we’re hoping to expand to Brandon and Thompson. To date, the average increase in equity has been $30,000, and there have been no defaults.”

“As Realtors, we are still determined to see first-time home buyers get relief from the province’s land transfer tax (LTT), which is the highest in Canada for homes over $200,000.

“Approximately 74 per cent of Manitobans support the first-time buyer exemption, so we will continue to lobby tirelessly for relief from the LTT.”

The third and final initiative — lobbying the provincial government to stop taxing cottage owners twice on education — is still in process.

“We’re still pushing on the education side, too,” he said. “It just makes sense to have education funding come out of general coffers rather than property taxes.”

“REALTOR® Week highlights the incredible community-building contributions of Realtors, and is an opportunity to collaborate on new, innovative ways we can work together to build even stronger Manitoba communities,” he said.

“The flagship event during the week, the 2016 network public policy symposium, is open to all Realtor members and aims to deepen our engagement in public policy discussions and enhance provincial advocacy efforts to build stronger Manitoba communities.

“The Realtor message on key public policy issues which impact home buyers, homeowners and communities will be brought to the legislature during REALTOR® Week in meeting with government,” he added.

“Realtor advocates will highlight the stable Manitoba housing market, and will have discussions on expanding  homeownership opportunities for indigenous peoples.”