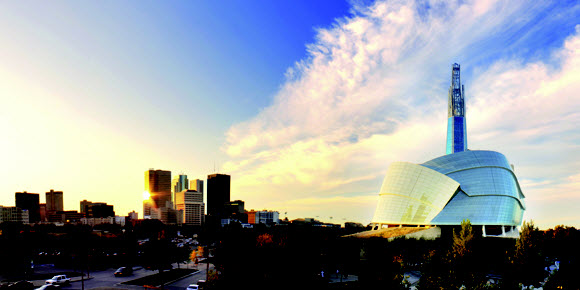 It’s an organization whose origins date back over a quarter of a century.

Today, the organization is known as Take Pride Winnipeg!

Back in May 1989, to be exact, it got its start as Winnipeg — A Clean City. Then, two years later, in May  1991, Take Pride Winnipeg! was founded to oversee the program.

“Then, the program got into graffiti removal and mural work. We now have 12 different programs.”

The mission of Take Pride Winnipeg! is simple: to inspire community pride, raise public awareness and promote citizen responsibility in making the city clean and beautiful.

Through special funding, Take Pride Winnipeg! is a registered Canadian charity (non-profit organization) that offers programs for both the city as well as province-wide.

Funding for Take Pride Winnipeg! programs comes from the city and sponsors.

“Because we’re a Canadian charity, we rely on sponsors (or donors) for our funding. We’re always looking for new sponsors,” said Ethans. “Right now, we’re looking for sponsors for a pair of programs aimed at helping seniors: Snow Angels (snow shovelling) and Brush Up Winnipeg (painting homes) programs.”

Take Pride Winnipeg! is moving forward with its comprehensive programming, which is based upon four cornerstones: cleanliness, beautification, education and community pride.

“Our Green Wave team plants/waters flowers,” said Ethans, “rejuvenates parks and assists any seasonal beautification efforts undertaken by business improvement zones, while Team Up, Clean Up, which is sponsored by Tim Horton’s, works with schools, churches and community groups to keep the city clean.

“Each spring, we drive through the city to see where the most help is needed to clean up litter. Clean up starts as soon as the snow is gone, and the city is usually looking good by mid-May.”

Meanwhile, the no-charge Graffiti Removal program is aimed at removing graffiti from public and private buildings.

The response to requests from businesses is prompt, added Ethans, in all areas of the city.

“It runs from spring to August,” Ethans explained. “It provides meaningful employment for Winnipeg youth, teaching them teamwork, time management and other essential skills.

“They work with community and church organizations to make Winnipeg a more beautiful city.”

Beautification is another priority at Take Pride Winnipeg!, he added.

“Every year, we hire artists to do murals. Today, there are about 500 in the city, and they really showcase the city.

“The great thing is that graffiti artists tend to leave them alone,” added Ethans.

Then, there’s the aforementioned Brush Up Winnipeg program.

“Over the last number of years, our Brush Up volunteers have painted over 100 homes across Winnipeg for seniors,” said Ethans.

Over the years, WinnipegREALTORS® staff and volunteers have been involved in the Brush Up Winnipeg program.

“We try to do about eight to 10 per year. Paint is donated by Dulux, and the before and afters of homes are spectacular. Seniors really appreciate the help, so much so that many have come out in tears.”

“The overall idea behind everything we do is that everyone can get involved and make a difference in making our city cleaner and more beautiful,” said Ethans.

“Three young girls from Selkirk Avenue spent three hours to clean up local streets, and it made a huge difference in their community.”