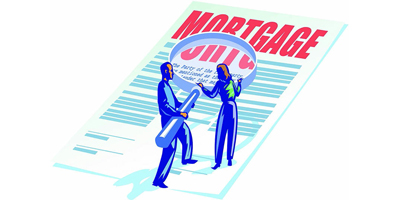 A new CIBC poll, conducted by Nielsen, finds that 57 per cent of Canadians are opting to lock in their monthly mortgage payments at today’s historically low interest rates.

Highlights of the poll include:

• Fifty-seven per cent of Canadians would choose a fixed-rate mortgage if they were to acquire, refinance or renew a mortgage today.

• Thirty per cent would pick a variable-rate mortgage.

• Forty-four per cent expect higher mortgage rates next year, down from 47 per cent last year and 61 per cent in 2011.

• Forty-two per cent expect rates to stay the same in the next 12 months.

• Nine per cent believe rates will be lower in the next 12 months.

“The poll results confirm what many of our clients are telling us, that they don’t expect rates to go any lower and, in today’s housing market, they want the comfort and security of knowing exactly what their mortgage payments will be for the next four or five years,” said Barry Gollom, vice-president at CIBC.

“With the high cost of housing, there is definitely a strong case to be made for the predictability and financial peace-of-mind that a fixed-rate mortgage can provide.”

As a growing number of Canadians see fixed-rate mortgages as the best choice for them, Canadians are more decisive about the type of mortgage they would choose today. Only 11 per cent are undecided in 2015, compared to 25 per cent in 2011.

Meanwhile, the number of Canadians selecting variable-rate mortgages has held steady around 30 per cent over the last five years.

Whether buying, refinancing or renewing a mortgage, Canadians need to think beyond rates when making a decision on a mortgage.

“While rates tend to factor heavily into your decision whether to go fixed or variable, it’s extremely important to make the decision based on your own financial situation and how well you’re able to juggle making your monthly payment, paying household expenses and saving for your retirement or your children’s education,” said Gollom.

“There are multiple factors that you should consider with your financial advisor. You want to be able to sleep at night and not worry that you won’t be able to make your monthly payments.”

Today’s low-rate environment is an opportunity for first-time home buyers or those looking to refinance, according to Gollom.

“Homeowners have a rare chance to lock in at historically low rates,” he said. “Many people may also be able to use this as an opportunity to make extra payments over that time so that they can pay off their mortgage sooner.”