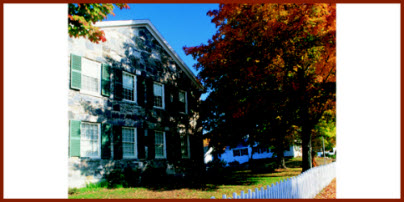 September MLS® sales approaching 1,200 units closed off the third quarter with a record 3,916 sales, which was just ahead of the previous best third quarter in 2016, reported WinnipegREALTORS®.

“Our more affordable housing options in our local real estate market have been instrumental in enabling buyers to successfully conclude a purchase this year.”

The month of September sales total of 1,193 units was down less than two per cent from the same month last year, which recorded the highest level of sales in the 114-year history of the association.

The association’s September market report indicated that municipalities outside the city have been capturing a greater share of sales over the past few years.

In September alone, rural residential-detached sales represented 28 per cent of the MLS® total.

Year-to-date, the market share for rural areas covered by the association recorded 26 per cent of total sales.

Steinbach is the most active MLS® area of all those tracked with 365 sales in the first nine months of the year, according to the WinnipegREALTORS® September report.

“Our capital region municipalities have been growing at a more rapid pace than the city of Winnipeg and that is being reflected in our residential-detached sales,” added Sonnichsen.

The recently-released RBC Housing Affordability Measures 2017 second quarter report indicated just how affordable the local real estate market is when compared to other regions of Canada.

According to the bank’s report, housing markets such as Toronto’s are eroding Canada’s affordability index to its worst level since 1990.

“Home resales in the area are on pace to equal, if not surpass, last year’s record high.”

Going into the fourth quarter, the association reported that listing supply remains balanced overall, however, there are regional differences within the WinnipegREALTORS® market and between various property types.

“REALTORS® are well-informed market experts who can show you all the affordable housing options that exist in Winnipeg and the capital region,” said Marina James, the CEO of the association.

According to the association, the most active price range for residential-detached sales in September was between $250,000 and one dollar under $300,000, recording 22 per cent of total sales.

In terms of condo sales, Winnipeg is the dominant market this year when compared to the outlying municipalities.

The association reported that Osborne Village remains the premier MLS® area for condo transactions with 132 sales. The downtown has emerged as the second most popular area with 92 condo sales.