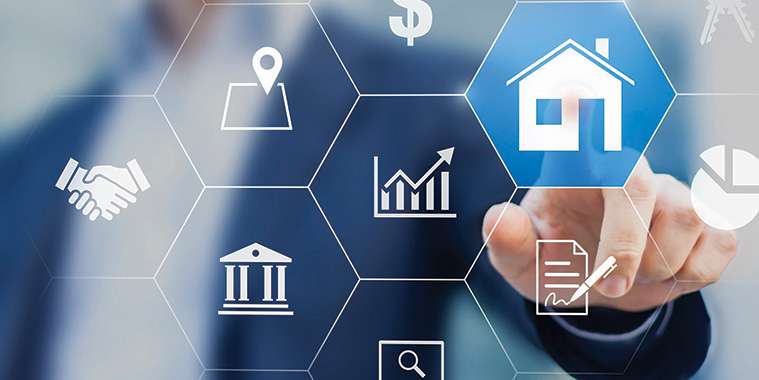 Buying a home in today’s market involves many variables, interest rates being one of them. When you do decide to enter the real estate market and purchase a home, you want all these variables to come together in a way that allows you to purchase a home that you can afford for many years to come.

Our local market has been opportune in that it offers some of the most affordable housing prices in the country when compared to far more expensive housing markets. But, like these other markets, it has greatly benefited from pandemic-induced rock-bottom interest rates which resulted when the Bank of Canada lowered the overnight lending rate to 0.25 percent in early 2020. Interest rates have remained there ever since — but that is now about to change.

While the first rate increase in January 2022 did not occur, as some economists had predicted, Bank of Canada Governor Tiff Macklem, despite deciding not to increase the overnight lending rate as yet, made it abundantly clear that the Bank will be raising rates — with more than one hike this year and into 2023.

One prime reason for raising the lending rates is because the economy has roared back strong with some impressive job numbers, bolstered more recently with signs the pandemic is going to be far less disruptive in 2022 than it has been so far. Provinces are opening things up again with far less restrictions, if any at all as we head into spring.

The mortgage stress test — which is currently at 5.25 percent — has certainly prepared Canadians for higher rates, which was part of the reason why the federal government implemented it. They wanted Canadians to be able to qualify for higher mortgage rates when they do occur. With more Canadians locking into a fixed rate 5-year mortgage than choosing variable, until fixed mortgage rates rise beyond 3.25%, the mortgage stress test remains unchanged. This is because borrowers must qualify for the highest rate, whether it’s 5.25% or the mortgage rate you can achieve plus 200 basis points. Variable mortgages are hit immediately as they directly follow what happens to the overnight lending rate.

Following is a more detailed explanation from the Canadian Real Estate Association (CREA):

The Bank of Canada started its 2022 schedule of interest rate announcements by keeping its target for the overnight lending rate at 0.25%. However, the Bank decided to remove forward guidance for future policy rate decisions considering their view that overall economic slack in the Canadian economy has been fully absorbed.

The Bank indicated the global economic recovery from the COVID-19 pandemic continues to be strong but somewhat uneven. The Bank noted inflationary pressures due to demand and supply imbalances continue to build up across several regions, and oil prices have now rebounded above pre-pandemic levels. With expectations mounting that monetary policy will be normalizing sooner than previously anticipated, financial conditions, while still accommodative, have been tightening a bit in anticipation of coming rate hikes.

Canadian economic activity in the second half of 2021 appeared to have been more upbeat than was previously expected, according to the Bank. The labour market has tightened considerably amidst strong growth in employment, coupled with an uptick in average wages. There has also been an increase in job vacancies as hiring intentions among employers remain upbeat. There continues to be rapid turnover in the housing market with home prices maintaining its upward trajectory. These, in addition to other factors, have fueled the growth momentum into 2022, leading to the consensus within the Bank that economic slack in the economy has now been absorbed.

The Bank stated the Consumer Price Index (CPI) measure remains well above its target while core measures of inflation have also crept up since the backend of last year. The Bank foresees CPI inflation to come in around 5% for the first half of this year, moderating to about 3% by year end, and then gradually abating towards the Bank’s 2% target over the course of the projection horizon. Full year inflation for 2022 is projected to come in at 4.2%, a 0.8 percentage point increase from the previous forecast. The 2023 inflation projection remains at two.

Over the last few weeks leading up to this decision, there had been growing conversations around an interest rate hike. In that context, the decision to leave rates unchanged may seem a bit dovish. But that conversation was not the consensus.

The Bank had previously signaled the first rate hike of the upcoming tightening cycle would be somewhere between April and September. The bottom line of today’s announcement, reading through all of the technical jargon, is the Bank will be raising rates at its next scheduled announcement in March, which is sooner than even the earliest date it had previously suggested.

Markets are currently pricing in between four and five interest rate increases over the remainder of 2022, with, not surprisingly, close to a 100% chance of the first hike in March.

While housing in our local market remains affordable, preparing for the inevitable rise in interest rates is an important variable in successfully buying a home. Using the services of a professional REALTOR® is one way to ensure that success.

The Bank of Canada’s next scheduled interest rate announcement will be on March 16.