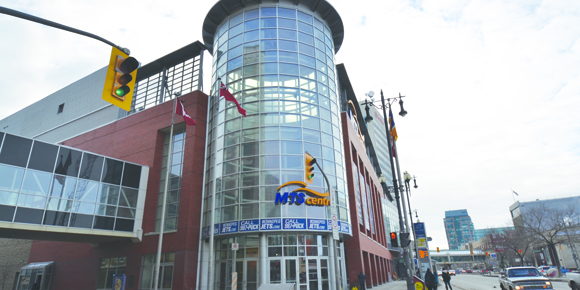 As the largest building in the city, 40storey tower will bring new dimension to downtown

For years, downtown Winnipeg was the focal point of the city.

That was until the late 1970s, when suburbs and strip malls began to draw traffic out of the area. Stores and businesses steadily left the downtown, and it became a shadow of its former vibrant self in a span of about 20 years.

Things began to look up in the early part of the millenium as The Forks — once again — began to establish itself as a desirable meeting place.

Ever so slowly, the downtown was starting to regain its mojo. Still, a catalyst was required to jump-start its heartbeat back to full rhythm. Or, at the very least, a series of events that, when combined, would create the impetus required to get it into revitalization mode.

Of late, some notable events began to develop much-needed momentum: the facelift of the RBC Convention Centre, the dynamic, sustainable Manitoba Hydro headquarters, and the formal announcement last February that True North Square would go from concept to eventual reality.

“This proposed tower has the potential to reach 40 storeys, providing residential as well as office and mixed-use retail at Winnipeg’s most prominent business district, Portage and Main,” said commercial REALTOR® Frank Sherlock.

In short, the new tower figures to bring an exciting new dimension to downtown with its dynamic profile rising above all other buildings, as well as its 360 suites. It would become the largest building in the city, stimulating downtown with an exciting mix of residential and retail development, with the added benefit of creating a whole raft of professional job opportunities.

“This project is a combination of Artis-REIT’s vision for 300 and 360 Main Street at the corner of Portage and Main,” said Armin Martens, president and CEO of Artis-REIT. “It’s a vision that not only supports the existing business community and residences, but it also provides excellent and exciting opportunities for additional businesses and residents to live, work and enjoy themselves in downtown Winnipeg. We can hardly wait to get started.”

WinnipegREALTORS®’ Commercial Division chair, Stephen Sherlock, said Artis-REIT’s commitment to invest in downtown Winnipeg — along with other projects such as True North Square (and, possibly, Sky City) — will create a new energy that will emanate through the entire area.

“It’s great to see people starting to take the plunge. Projects like Artis-REIT’s set a precedent and set a nice bar for future development.”

More than that, such projects will not only renew, but re-ignite people’s belief in the downtown’s relevance as a place to work, live and play.

“Such projects will not only put more A-class (commercial) space on the market, but they will also get more people living downtown, and the more, the better,” said Sherlock. “The more people you get downtown, the more vibrant it will be. With more people living, working and coming downtown, more stores and services will be needed — grocery stores, convenience stores, specialty shops, restaurants. That will bring more new  development to the area, which will reshape it. The demand for space, whether it be new or existing, will bring new life to the downtown.”

Realtor Wayne Johnson said 300 Main will be a boon to downtown.

“The residential component of the project will have a very positive impact,” he said. “When you add 360 Main to other projects like Glasshouse, D Condo and possibly Sky City, it’s going to be really good for retail businesses. More people living downtown will create demand that will provide the impetus for grocery stores and other stores and services. The added population will also make downtown a safer place to live.”

As for the impact on commercial space? “There will be a short-term impact on the office market,” said Johnson. “Much like when Manitoba Hydro arrived downtown, it will take a bit of time for the market to adjust.”

More information on the city’s increasingly dynamic commercial real estate market can be obtained at the Winnipeg Real Estate Forum, which will be held at the RBC Convention Centre on May 17.