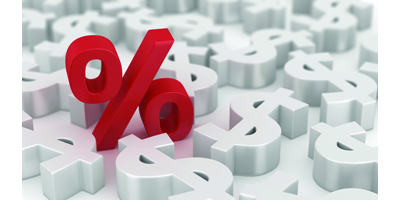 Historically low interest rates were among the factors that contributed to an MLS® sales upswing in March, according to a recent statistical market report issued by WinnipegREALTORS®.

Sales last month were up nine per cent when compared to March 2014.

“Our mortgage brokers are telling us that we have likely not seen rates as low as we now have since the 1950s and 1960s,” said WinnipegREALTORS® president David MacKenzie.

Today’s mortgage rates include offerings obtained by mortgage brokers for as low as 2.59 per cent on a five-year fixed-rate mortgage.

In addition, charter banks are in a competitive mortgage environment which has seen rates drop to 2.74 per cent for the same mortgage type and timeframe.

A recent CIBC poll showed that mortgage borrowers don’t expect rates to go any lower, and are opting for longer term fixed-rate mortgages for financial peace of mind by knowing what their monthly payments will be four or five years from now.

“Conditions are ideal for buyers to take advantage of a healthy supply of listings and historically low mortgage rates,” added MacKenzie.

“The more balanced market has kept prices totally in line with last year, so affordability remains a real strength of our local market compared to other Canadian cities.”

New MLS® listings entered in March rose by 33 per cent, while active listings, or existing inventory, were up 29 per cent to 4,338.

“You have to go back to 1999 to find as many listings available for sale at this time of year,” said WinnipegREALTORS® market analyst Peter Squire, “and back to 1995 when there were more new listings entered on MLS® in March.”

Squire said whatever property is being sold on the market is being replenished by new listings being entered on the system.

“New and available listings continue to be impressive when compared to last March,” added Squire.

During the first quarter of this year, 5,499 listings were entered on MLS®, an increase of 37 per cent over the 10-year average.

WinnipegREALTORS® reported MLS® dollar volume was up 11 per cent to $276 million on 1,005 transactions over last March.

Year-to-date sales to the end of March increased by slightly less than five per cent to 2,265 units, while dollar volume was up just over five per cent to $600 million when compared to the same period in 2014.

Meanwhile, Canada Mortgage and Housing Corporation (CMHC) is increasing its homeowner mortgage loan insurance premiums for home buyers with less than a 10-per-cent down payment by approximately 15 per cent, effective June 1. For the average home buyer with less than a 10 per cent down payment, it will result in an increase of approximately $5 to their monthly payment.

The premium increase is not expected to have a material impact on housing markets, and the rate will not affect those with higher than 10 per cent down payments.