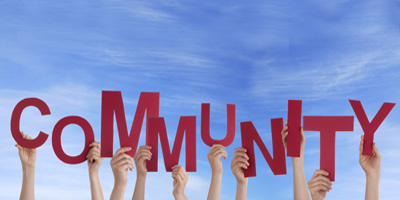 When Austin Saunders lived on the street, no one made eye contact, let alone talked to him. That changed last fall when Pat Werestiuk wandered by his tent in the forest. Werestiuk, a Winnipeg REALTOR®, was walking his dogs when he happened to spot the tall, thin 20-year-old. He stopped to chat, curious about how Saunders ended up being homeless.

“I walk my dogs often and had never seen a tent there before,” said Werestiuk. “Something drew me over. I asked him, ‘What’s going on here?’

Werestiuk heard about how Saunders had lived in foster homes until he turned 19. He was unable to collect social assistance because he didn’t have a fixed address and a local shelter turned him away because he has moderate Asperger’s Syndrome, an autism disorder. Saunders’ mother never wanted to give him up, but had no support for her Asperger’s child.

“She would take eight buses to get Austin to a program,” Werestiuk said, “and then have to deal with her three younger children. Austin was a handful and she couldn’t take it. He had to go into foster care and group homes, but at 19 was out on his own. He went into the system and ended up on the street.”

Living in a tent in the forest was not his low point. However, that came when he lived under a bridge with just the clothes on his back, with trains rumbling overhead and no money for food.

Doing whatever work he could find, Saunders was able to save enough for a new generator, and had an oil heater and a 20-inch television still in the box when Werestiuk met him. He had receipts for everything, Werestiuk added.

As he listened to his story, not once did Saunders ask him for money.

Werestiuk was impressed that Saunders had a resume and was ready to work. Under three layers of winter coats he wore a suit, a dress shirt and tie.

“He is very intelligent,” said Werestiuk. “He’s not on drugs and doesn’t drink. He just needed a place to stay.”

Werestiuk knew he had to help the handsome, soft-spoken kid.

Coincidentally, the day that Werestiuk happened by was the deadline police had given Saunders to move his tent. “He had no idea where to go,” said Werestiuk, whose friends and owners of a local hotel agreed to put the young man up for a couple of days. “The day I went into the forest and got him out and into a hotel was my birthday. It was one of the best birthday gifts.”

Werestiuk called a local reporter, who did a series of articles about Saunders’ plight. As a result of the articles, an independent organization that assists mentally-challenged adults offered Saunders a suite.

Saunders’ blonde hair has since been dyed back to its natural black and he will soon get his neglected teeth fixed. He also has new glasses.

Werestiuk also started a blog on Facebook and many people, “with a high percentage being agents, came forward to help, donating couches, dishes and clothing.”

Whatever Saunders doesn’t need will go to other people in need. Thanks to the kindness of strangers, Saunders has everything he needs.

“He reminds me all the time how grateful he is,” said Werestiuk.

After adjusting to life off the street, Saunders will re-enter the workforce. “Nothing would make me feel better than to have Austin call to say he’s got a job,” said Werestiuk, who added he was born to help people.

February 2015 will mark 35 years in real estate for Werestiuk. “It excites me to this day to sell someone a house and excites me even more to help a buyer find the right house.

“I like to help people. I never sell just to sell. A career in real estate has led to understanding people more and caring about them more.”

Finding and helping Saunders is another chapter in Werestiuk’s life. “You learn something new every day. There are people out there who can’t get the help they need,” he said. “Austin is a great kid. I got him this far but there is a lot more for him to do. He has to get himself going.

“He’s infinitely better now. He has a nice apartment and his birth mother is back in his life.”

— reprinted with the permission of REMonline.