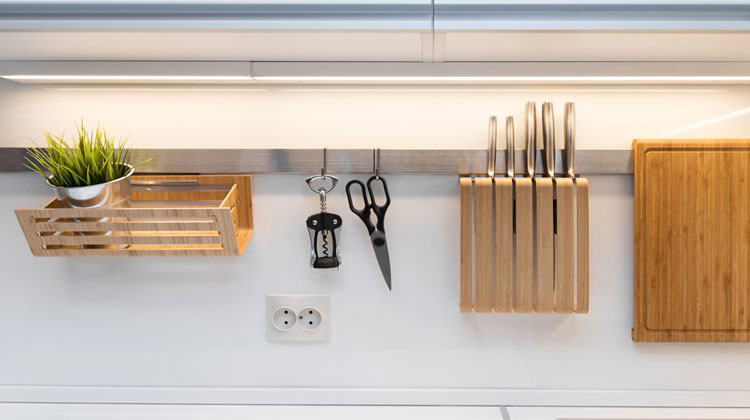 Lighting of your new kitchen an important consideration

Question: In an effort to update my kitchen, I had the two fluorescent lights removed and three recessed lights put in. I did not realize they would not give out much light. Can you advise me on what options I have now that I have three holes in the ceiling? Is there any other kind of bulb I can use?

Answer: One of the most important things to consider in updating a kitchen is lighting. It ranks right up there with appliance placement, cabinets and countertop material. But, lighting is often overlooked.

Over the years, we’ve designed, built and remodeled several of our own kitchens and were consulted on a number of other projects. One of the first things we think about is how to light the space. It just so happens that we’re now going through the process.

Bill recently moved to a new (to him) home. We’re guessing it was built in the mid-1960s and may have been upgraded somewhere in the distant past. The kitchen is lit by a couple of recessed fluorescent fixtures in the ceiling and nothing else. The light is okay, but it could be better. There is a kitchen remodel in the plan, and the direction he is heading in now is to replace the recessed fluorescents with a combination of recessed “cans” and discreet under- counter lights.

We both like to eat and we both like to cook. To cook comfortably, you have to be able to see what you’re doing. To accomplish this, a kitchen must have a combination of general lighting and task lighting. Your upgrade has you halfway there. Even though the new “cans” seem to provide less light than the old fluorescents, our guess is that three 60- watt flood lamps provide ample general lighting for the space. The goal now should be to provide enough directed light in specific areas so that the kitchen is both functional and comfortable.

In other words, let the light shine on the areas you use for food preparation and cooking. The trick to successfully installing task lighting is to avoid shadows. It’s critical to position the lights so that the body of the cook does not cast a shadow on the work surface.

Another option, track lighting, is more flexible than cans. Lights installed on the track can be adjusted to point in several directions to avoid shadows. This is our least favourite option, not for their functionality, but because we don’t like the look.

Under-counter lights are usually small, fluorescent fixtures mounted on the bottom of wall cabinets that cast light on the countertop beneath. They are all but hidden until they are turned on.

It’s okay to use a combination of any of these solutions. Kevin chose to light his kitchen by installing three recessed cans with flood lamps and three-way switches to provide general lighting in his kitchen.

Bill on the other hand is considering a combination of cans and under-counter lighting in his new home. Whichever way you go, make sure to position the light fixtures so they don’t cast shadows.