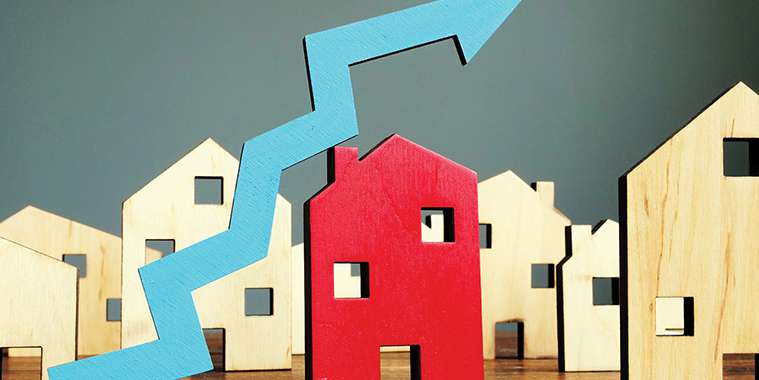 I’ve talked a lot in this column about how affordable housing is in Manitoba compared to other provinces. Despite rising prices and interest rates, this remains true. However, one thing that continues to drive prices higher is Manitoba’s ever-rising land transfer tax (LTT).

The LTT was originally brought into effect in 1987 and was supposed to replace user fees that you paid to have the land titles office process the transfer of property resulting from a real estate transaction. What was originally intended to be revenue neutral has long outlived its reason for existing, while in the last few years has kicked into overdrive — elevating revenue to a level never seen before.

Let me explain. In 1987, the government’s case for introducing the tax was to offset the cost of operating the provincial land titles office. At the time, the tax was more akin to a user fee, with the average priced home costing you $250. However, this office has since been outsourced with the result being that home buyers in Manitoba face among the highest land transfer tax rates in the country.

The tax is an added, upfront, unfinanceable cost burden for home buyers. It makes buying a home even more expensive. Young families and first-time buyers — the Manitobans who most need support to help them enter the housing market — are hurt the most by this tax.

You can expect this revenue to rise significantly again for the next update in 2022 and be another windfall for provincial coffers. Why? Pandemic-induced sales have created seller’s market conditions since 2020 and they persist in 2022. With unindexed land transfer tax rates, any rise in house prices creates higher revenues for the government. As reported in the Winnipeg Regional Real Estate Board’s (WRREB) January 2022 market release, the average single-family home selling price rose over $400,000 for the first time in our history. It was at $341,000 at the end of 2020 and just under $380,000 in 2021.

At the price level of $400,000, you need to come up with additional upfront closing costs of $5,720 (includes a title registration fee of $70). The equivalent cost to transfer a title in Saskatchewan is $1,200 and only $380 in Alberta. Saskatchewan and Alberta do not levy land transfer taxes, but have fees relating to processing a land transfer.

It is stating the obvious that the financial impact of this escalating land transfer tax in Manitoba on home buyers is significant. The tax has clearly been identified as an impediment to making housing more affordable while being a barrier to entry into homeownership for first-time buyers in Manitoba. It has never been adjusted to reflect much higher house prices since it was introduced in 1987, other than increasing the highest tax rate from 1.5% to 2% for any amount over $200,000.

Other provinces like British Columbia and Ontario have long recognized the unfairness of the land transfer tax as a revenue generator for government, and at least provided first-time buyers with meaningful exemptions to offset their closing cost.

Our provincial government needs to recognize how unfavourably it is positioned to retain or attract younger buyers here when other provinces offer land transfer tax exemptions to first-time buyers, or do not even have a land transfer tax.

Beyond impeding the progress of first-time buyers to enter the ownership market — helping others move along the housing continuum while freeing up valuable rental units for newcomers to our province — this “nefarious tax” as Canadian economist Dr. Jack Mintz has called it, is a disincentive and inhibits movement of owners to find a better place to suit their circumstances (e.g., moving closer to a better job opportunity).

Essentially it is a mobility tax which can keep people in place when it is in their best interest to move. The LTT therefore reduces sales activity along with all of the economic spin-offs that result. Owners are less motivated to list their home at a time when our regional market needs far more housing supply to move it towards a healthier, more balanced housing market.

As Dr. Mintz has stated in his research into the effects of land transfer taxes, “They generally find that a land transfer tax has a relatively high economic cost because the LTT discourages people from moving to more favourable locations or housing when they can do so.”

When the Manitoba Real Estate Association (MREA) and the WRREB jointly commissioned a Probe Research poll in September 2021 on housing affordability, the results were resounding in the majority of Manitobans agreeing that housing is becoming less affordable. To no one’s surprise, the sentiment is stronger with younger adults who are having enough difficulty coming up with the down payment and meeting the 5.25% mortgage stress test qualification requirements without worrying about how they will pay for an upfront land transfer tax which is nothing but a cash grab.

MREA is engaging with the Manitoba government as part of the 2022 Pre-Budget Consultation process to pursue reforms to the land transfer tax. Let’s hope the government is listening to Manitobans and will bring about much needed relief from this tax.