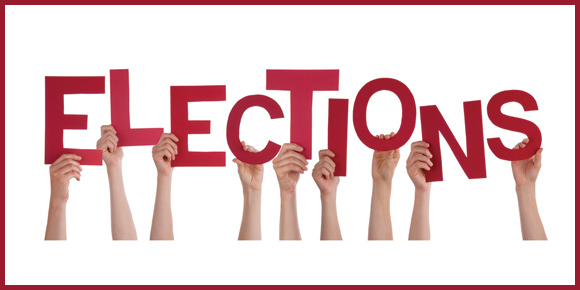 The race for mayor of Winnipeg is on

This past Saturday, September 1, marked the first day of the civic and school board elections. Anyone running for school trustee, city councillor or mayor can now place lawn signs declaring their candidacy. If Jubilee Avenue is any indication that there is an election scheduled for this fall, then by all measures we certainly have one! Jubilee Avenue is a high-traffic and important connecting street in the Fort Rouge/East Fort Garry ward. There are eight candidates running in this ward alone since long-time 5-term city councillor, Jenny Gerbasi, is not seeking re-election and is not endorsing any of these candidates to succeed her.

There are currently 50 candidates running in 15 wards — the same number of wards as in the 2014 civic election. But there are two important changes this time around. First, the St. Charles ward no longer exists as it is now part of the St. James ward. The second is the creation of a new ward in southwest Winnipeg called Waverley West. There are three uncontested wards with only incumbents running in them.

As for the Office of Mayor, there are ten mayoral candidates running for mayor, something not atypical of previous mayoral elections even if the incumbent is running again. However, this does not mean all will be on the ballot come election day on October 24.

To find out which names will be on the ballot when you go to vote in this year’s civic election, check out the City of Winnipeg’s website at winnipeg.ca, but especially on Wednesday, September 19, after the nomination deadline for city councillor and mayoral candidates has passed.

And by the way, kudos to all involved in putting together the City of Winnipeg civic election information! “Election City of Winnipeg” is very comprehensive and easy to follow, with candidates given the opportunity to provide biographies if they choose to. You cannot miss it as it is the header at the top of the city’s website. It even provides a countdown to Election Day on October 24 (46 days as of September 7). Once you click it you will find a menu of pertinent election items, including one to confirm that you are on the Voters List.

Why does the civic election process and the final number of candidates running for mayor matter to WinnipegREALTORS®? Because once again WinnipegREALTORS® is planning to do another mayoral forum — something WinnipegREALTORS® has been doing since its first all-mayoral candidate forum was held at the Burton Cummings
Theatre (formerly called Walker Theatre) back in 1992.

This time around we are teaming up with the Winnipeg Free Press and AVentPro to produce the event.

And with a large number of candidates participating in our forum, we need to create a format within the planned 2-hour time frame that allows for a number of questions and good interaction and engagement of the mayoral candidates. No easy task and to this end, Winnipeg-
REALTORS® and AVentPro will be working closely with the Winnipeg Free Press, who have their very own Perspectives Editor Brad Oswald moderating the event.

To help provide voters with more information about the mayoral candidates, and to allow each one to provide more information about themselves, WinnipegREALTORS® offered all eight candidates — who registered to run for mayor back in early July — an opportunity to do an introductory video and discuss in brief why they want to be our mayor for the next four years. We suggested various questions they could cover, such as “how will you reconcile paying for necessary capital and operating expenditures while keeping property tax increases down?” and “how do you grow a city in a SMART way?” One question that was designed to get an in-depth response from the candidates explaining why they decided to run for mayor is, “what keeps you up at night?”

WinnipegREALTORS® is pleased to say that all of the candidates participated, and with some good editing, we managed to keep the videos all around three minutes in length while highlighting what was most important to each candidate. These videos are all now available for viewing at http://bit.ly/WRAMayoralforum2018. We also provided them to each candidate for use as part of their mayoral campaign election efforts.

We have offered the ninth and tenth mayoral candidates who registered more recently to do an introductory video as well but no confirmation yet.

Last week’s “Real Estate Matters” column, written by outgoing Downtown Winnipeg BIZ CEO Stefano Grande, talked about the importance of Winnipeg’s downtown. Next week’s column will cover Winnipeggers’ number one issue — infrastructure. It is being provided by Chris Lorenc, a former city councillor and current president of the Manitoba Heavy Construction Association. Lorenc is a leading expert on infrastructure in Canada, and knows not only how important infrastructure is to Winnipeg residents in building strong communities, but to local business to facilitate better trade opportunities and expand their operations.

WinnipegREALTORS® will have lots more to share in the weeks ahead. Gathering as much information as possible will help you make an informed decision when you head to the ballot box. One way to do that is via the always informative and engaging mayoral forum on October 4 from 7 to 9 p.m. at the Centre Culturel Franco-Manitobain at 340 Provencher Blvd. To register go to http://bit.ly/WRAMayoralforum2018