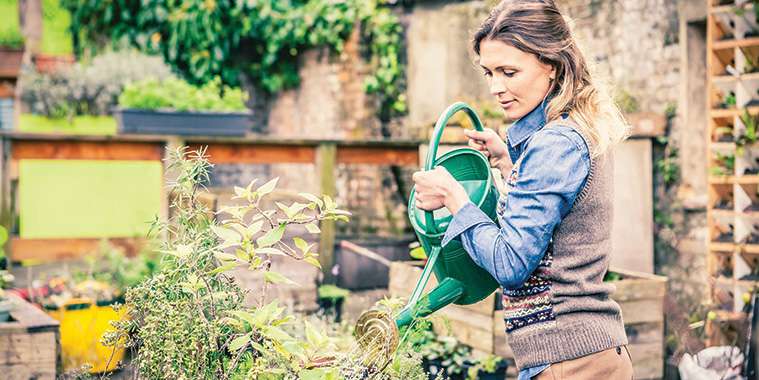 As exciting as new condominium developments are — especially ones that are built in highly-urbanized areas — they tend to be more grey than green.

Which is to say, when condominiums constructed out of steel, concrete and pre-fabricated materials are erected in downtown areas, they tend to simply blend in with all the concrete (streets, sidewalks) and other structures that surround them.

Turns out, there’s a trend — one that’s currently sweeping Toronto, incidentally — that is combating the tendency for urban neighbourhoods to become overly grey in colour.

That trend is called urban agriculture.

Just to be clear, the concept isn't anything new, as humans have been planting and growing crops since we began organizing ourselves into settlements over 5,000 years ago.

In fact, it was the farming activities that paved the way for villages, towns and cities to exist. For centuries, there was a natural integration between urbanization and food production.

However, since World War Two, that integration declined, particularly in North American cities. In the past 70 or so years, the division between urban and rural areas has become more distinctly defined.

Today, statistics show that over half the world’s population lives in cities. And with so many cities seeing a rise in condo construction, it’s all too easy for urban areas to turn an unappealing shade of grey.

Thankfully, this is where urban agriculture can come to the rescue. With a little imagination, rooftops can be transformed into gardens, balconies can be turned into thriving mini-gardens and small plots in and around buildings can be converted to community gardens.

“We started doing urban agriculture at The Excelsior as soon as we moved owners in back in 2006 — two gentlemen who are very good friends of mine started it,” he says. “We have a vegetable garden on the podium and have had one in front of the building in Juba Park, though I’m not sure if it’s in this year. When it is in, it’s open to anyone who walks by — they’re free to help themselves to some herbs, or something else.”

She adds that an existing community garden in Gord Dong Park — it runs along Ross Avenue between Ellen Street and Paulin Street — is being revamped by the city.

“Work on the area is happening right now,” says Mathieson. “As good as the area was before, it figures to be even better once all the upgrades are finished. It’s a great amenity space for area residents; it would be great to see more pop up in the future.”

The concept of urban agriculture makes sense from several standpoints.

First, it’s healthy. With control over what they’re growing, people can grow healthy, organic, pesticide-free vegetables and herbs on their own balcony or in a nearby community garden.

Second, it’s eco-friendly. With produce being grown on the premises or just steps away, there’s no need to hop in your car to drive to a store, put the veggies in a plastic bag and drive back home. Growing your own veggies saves time, gas money and is easier on the environment.

Finally, urban agriculture stands to beautify condos and the areas surrounding them.

With gardens on rooftops, balconies, in parks and between buildings — even planted in boulevards — highly-urbanized areas would look more green than grey.

That would be a very positive development, indeed.