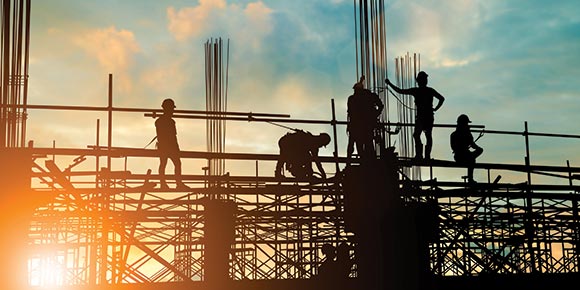 NAFTA, Trade and why it is important to Manitobans

Three national leaders signed the revised Trade Agreement last week. Given the strained negotiations it is not surprising they cannot agree on what to call it. The Americans call it the USMCA. Canada has started to call it CUSMA. The Mexicans have a different set of letters to describe it.

Nonetheless it is the new NAFTA. After two years of turmoil and uncertainty it should normalize trade relations between the three countries. Most of the trade will continue with low or no tariffs, with some exceptions. Modernization and improvements to NAFTA were necessary. While there was near constant political hyperbole, there was no grassroots advocacy for scrapping it.

The agreement is critical for the automotive industry, most of the manufacturing sector and agriculture. Manufacturing is highly integrated, with plants in all three countries providing product for further processing or assembly in plants in another country. These supply chains are the basis for the efficiency and productivity within the North American economy.

The new agreement contains language and exemptions that are criticized in all three countries. For example, dairy farmers in Canada are not happy. But given the current trade climate, is the new NAFTA a deal worth signing?

The answer is yes. Without an agreement, the trade in the North American economy will not function as efficiently. In the more than 20 years under the original NAFTA, trade exploded. Tens of thousands of jobs have been created. North America is a massive trading block that stands as a counter to the European Economic Union and the large and emerging economies of Asia.

Growing trade has benefitted all three countries. The middle class in Mexico expanded helping stabilize the country; just compare Mexico to other Latin American countries to realize how stable Mexico is economically and democratically.

Trade provides the livelihoods for millions of North American workers. No trade, no jobs. Provincial and state governments recognize that. Last summer the mid west legislators met in Winnipeg and overwhelmingly supported trade. Western Governors universally endorsed a new NAFTA. Canadian premiers endorsed trade and support a new NAFTA. The Manitoba Minister and the Indiana Secretary of Agriculture signed a trade and economic partnership agreement. The federal government has trade diversification as one of its key priorities and is providing more resources and support.

One valid criticism of NAFTA is the threat the US may impose restrictions and tariffs under the claim of threats to American security. It is preposterous to think that the Canadian automotive industry, aerospace sector or other manufacturers pose threats to America. Simply look at how integrated they are. Hundreds of plants in Manitoba buy and sell with American firms. When businesses are so mutually dependent on each other, how can they be threats?

We need trade agreements to set frameworks and rules for trade. Two years ago, the Canada West Foundation estimated that every year some $25 billion in goods and services crosses from Manitoba to and from the United States. That’s $69 million in and out of Manitoba every day.

Manitoba can benefit from both the European and Asian trade agreements — if we prepare. The new revised Trans Pacific Partnership is one of the largest trade agreements in the world and holds immense potential for Manitoba. Canada will get greater access to Japan, Australia, Chile, Mexico, New Zealand, and growing Asian markets including Malaysia, Singapore and Vietnam.

Ensuring we prosper from trade requires continued attention by federal and provincial governments. The Business Council of Manitoba has advocated that the provincial government provide the capacity and resources to work directly with businesses engaged in trade, to provide strategic analysis and assessments when needed, and advocate for Manitoba.

Provincial representatives including ministers and the premier must engage and lead delegations to carry the message that Manitoba business is competitive and productive, and that we have the logistical capacity and infrastructure to deliver.

The Manitoba economic growth strategy should include how the Manitoba government will support and promote trade. The lead provincial agency, “Manitoba Trade and Investment” must be adequately resourced to continue to work with businesses in an increasingly competitive trade environment.

Large exporters are already active. Manitoba will benefit more from CETA and the TPP if the additional resources are strategically applied through “Manitoba Trade” to promote trade, attract inward investment and assist the small and mid-sized exporters in seizing emerging opportunities.

Manitobans grow crops, process them and add value. Manitobans manufacture sophisticated products shipped around the globe. We have diverse markets on all continents. Borders have not stopped our levels of trade from growing. We can export more.

Our products head to Europe. They head to Asia. Remember China — it’s not the only country interested in Canadian exports.

We need to plan now to ensure Manitoba capitalizes on that trade potential. We can’t send trade delegations to curry trade with partners if we aren’t also building the foundation at home. That includes a trade strategy. And business needs infrastructure to get the crops and goods they produce on the road.

In Manitoba we can do that. We must do that. We have shown we can compete and succeed. Let’s continue to invest and grow.

Don Leitch is President & CEO of the Business Council of Manitoba.