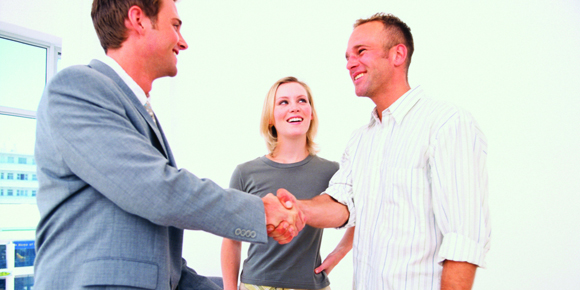 There’s an estimated $80-billion worth of insured mortgages in Canada. With this figure in mind, the Canadian Mortgage and Housing Corporation (CMHC) and government of Canada reacted in two ways within the last two months to try and prevent mortgage defaults from happening, primarily in hot markets such as Toronto and Vancouver.

Then, on October 17, the federal government implemented a “stress test.” From that date on, all insured mortgages (covering buyers who couldn’t put down a 20 per cent down payment to avoid CMHC insurance costs) would have to qualify at the posted bank rate of 4.64 per cent, even though many first-time buyers would actually be qualified for a significantly lower rate.

“I think a lot of first-time buyers have gone through a period of grief in the sense that they’ve had to deal with the disappointment of not getting as much in a home as they’d hoped to,” she said. “It’s been quite the reality check.”

That reality check has led to some difficult conversations with clients, added Macpherson.

“Understandably, people are excited about buying their first home. But then comes the reality check where we have to tell them the truth — that they’re going to have a lower budget to buy a home with.”

In effect, that lower budget can mean going from being able to afford a single-family home to looking at side-by-sides, townhouses and, possibly, even condominiums, depending on your budget. If your budget has gone from $300,000 to $240,000  that means you’re possibly going from a cozy bungalow in a nice area to some sort of an attached home in (perhaps) a less desirable area.

Not only that, but if you happen to be a first-time buyer who’s single, it gets even harder to afford a quality home. That’s why singles might want to consider purchasing a condominium, said WinnipegREALTORS® president, Stewart Elston.

“Because it’s so much harder for single individuals to put money away,” he explained, “condominiums are a more affordable choice than a family home because they’re typically in move-in condition, and there are really no significant repairs or renovations to worry about.”

Regardless what type of home you’re going to purchase, Macpherson said it’s critically important to be realistic about how much you’re going to spend. “When it comes to purchasing a home, you don’t want to be scraping by (on monthly payments),” she said. “That’s why it’s so important to sit down with an accredited mortgage professional before you even start looking — they will look at your financial picture, and give you an honest answer on what you can comfortably afford.”

Elston added that if you’re unsure about your finances — purchasing a home is not an inexpensive proposition — it would be smart to delay taking the plunge. “Buying a home in most cases is a long-term purchase,” he said. “It’s a big commitment. If you rush it, it could end up costing you money, which could put a dent in your lifestyle.”

“With the recent changes, people will have to settle for less than they could have previously afforded in a home,” agreed Macpherson. “It’s disappointing, but it’s reality. But if you can come to grips with the fact you can ‘only afford this much’ on a home, you’re going to be better off in the long run. You’ll be able to afford to go out for dinner, take a winter vacation — not just sit at home because you’re house poor.”

And if more onerous rule changes happen, an increasing number of would-be first-time buyers could be taken out of the market.