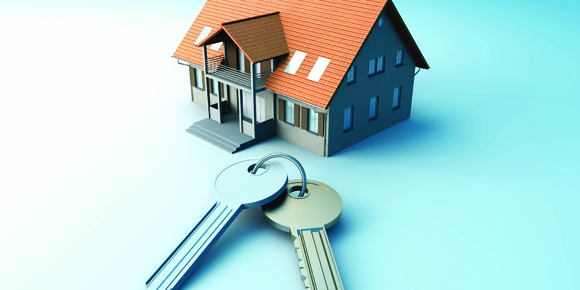 Another month, another record, according to the recently-released WinnipegREALTORS® June market report.

MLS® sales of 1,638 in June established a new record for the month.

Peter Squire, the market analyst for WinnipegREALTORS®, said housing sales are defying the expectations forecast at the start of the year.

Stewart Elston, the president of the association, said the market is in the midst of a “perfect storm.”

“The Winnipeg real estate market is supported by strong fundamentals,” he said. “Helping us reach new heights is the excellent supply of MLS® listings providing much to choose from throughout the market region.

“The difference between this year and last year is stronger buyer sentiment and, therefore, higher conversions of listings to sales,” added Elston.

“Single-family homes led the way to the impressive June result,” said Squire, “with 1,252 sales, or 76 per cent, of total MLS® activity.

Squire said the condominium market didn’t perform as well in comparison to the previous two years, but sales of 187 units were still respectable and represented 11 per cent of all MLS® transactions.

Combined with strong June sales and sales in May, 2016 is the most active year for the first six months and second quarter, according to the association’s market report.

“Only May 2007 was higher than this June at 1,652 sales,” said Squire. “The next busiest second quarter on record was in 2008,  when there were also outstanding back-to-back month results, with each month recording 1,546 sales,” said the market analyst.

The association reported that June sales were up nine per cent over June last year, and the same percentage for the first half of the year compared to the same period in 2016.

“Eager buyers vying for coveted single-family homes translated to more above listing-price offers in June when compared to May and June 2015,” said Squire.

“As for condominiums, only five per cent sold for above list price in June,” he added. “However, 22 per cent of condos achieved list price.”

The association reported that within some Winnipeg neighbourhoods there are not enough single-family listings available to meet existing demand.

Fort Garry, Norwood, Windsor Park, Whyte Ridge, Crescentwood, Linden Woods, East Kildonan and  Crestview are seeing more sales in a month than the number of listings remaining on the market at the beginning of the next month.

On the other hand, condominiums are not enjoying the same extent of sales to active listings conversions. In part, this explains why there are less above list price sales than for single-family homes.

“Recent news of a record-breaking 12-month increase of 19,453 people to our province and 63,119 individuals in the last four years is certainly a contributing factor,” he said.

“Along with population growth comes a younger demographic and increased births, which often triggers demand for housing.

“It is worth noting that our own membership have been increasing over the past few years and now stand at over 1,900 members,” Elston added.

Squire said a healthy supply of listings, for the most part, is keeping price increases in check.

“There are subdued price appreciations for all quadrants of Winnipeg and a similar pattern in the outlying municipalities when comparing the first half of 2016 with the same period last year,” he added.

The association reported that average condo prices aren’t expected to see any discernible difference in 2016 over 2015. Actually, condo prices may be facing some downward pressure, owing to the abundance of MLS® listings and new condo supply on the market.

“They (condo prices) have decreased modesty at this stage,” said Squire.

“The average year-to-date sale price for single-family homes and condominiums is $306,311 and $232,507, respectively,” added the market analyst.