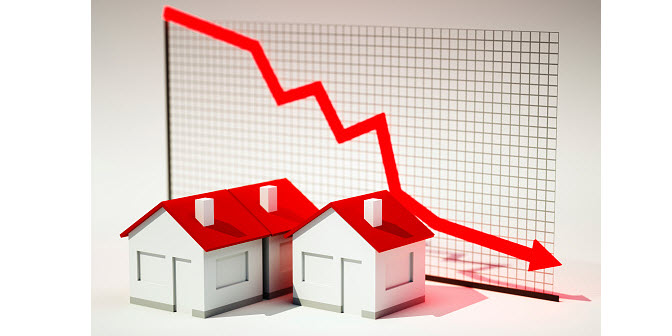 Ten years after the crash

Ten years ago, the dire news coming out of the U.S. was that the housing market was declining and home prices were falling. What this news sparked was a world-wide recession, which Canada was barely able to avert. The nation wasn’t unscathed by the crisis, it just managed to do better than other countries.

The recession had blind-sided many economists, who had felt the good times would continue to roll. But what they did not foresee was that the concoction of bundling various kinds of debt, including risky sub-prime mortgages, which had fuelled the housing boom in the U.S., were a toxic mixture doomed to collapse, as it did in August 2007.

In response, the Canadian Real Estate Association (CREA) issued a release to answer questions about the credit crunch south of the 49th parallel, due to skittish consumers on this side of the border. According to CREA, what was happening in the U.S. could not happen in Canada because of a different set of market factors coming into play.

“Question: What is a sub-prime mortgage?

“Answer: It’s a mortgage given to a home buyer with less than perfect credit, or a home buyer who lacks the paperwork to prove an income that can support the mortgage payments. While these mortgages may not seem like a good idea to begin with, lenders in the United States with liquid assets, or investment money were making loans to almost anyone who asked, and charging a little more interest for these ‘riskier, loans.”

The assumption was that constantly rising house prices in the U.S. would compensate for any lending mistakes. The companies doing this included specialty finance firms such as American Home Mortgage, which filed for bankruptcy in August 2007, as well as big well-known banks such as HSBC PLC.

By June 2007, more than 21 per cent of U.S. mortgages were sub-prime compared with only five per cent in Canada (all Canadian mortgages are insured).

According to the Canadian Bankers Association, a record low number (0.24 per cent) of Canadian mortgages were in arrears by July 31, 2007.

“Question: How did this U.S. lending crisis start?

“Answer: When U.S. housing prices started to slide and U.S. interest rates began to rise, many mortgage borrowers ended up in trouble and defaulted. In turn, mortgage lenders started to run into troubled waters as far as their profit statements were concerned, and a number have gone bankrupt or have closed.

Many of the companies making the sub-prime loans were selling the loans to other companies, such as hedge funds and pension funds which sought still higher profits. Often, the loans were packaged together (a lá mutual funds holding thousands of individual loans) and sold to investors.

As more and more consumers defaulted and the mortgage loans started going bad, suddenly many people across the financial world were affected.

“Question: What is the commercial lending paper referred to by the media as part of the crisis?

“Answer: Commercial paper is short-term debt issued by companies, usually coming due in under a year and often in as little as a month. The buyers of these ‘papers’ tend to be institutional investors, including money-market mutual funds or low-returning funds where investors invest in the belief that the money is safe. As a result, only highly-rated companies with strong balance sheets can generally issue commercial paper, limiting the size of the market.”

But because of the demand of the growing fund industry for more commercial paper, financial companies, such as American Home Mortgage and National Bank of Canada, set up trusts that issued commercial paper backed by assets, such as car loans, mortgages and credit-card receivables. This asset-backed commercial paper alone was estimated to be worth $120 billion.

About two-thirds of that paper was sold by trusts run by banks and that segment of the market was initially holding up. Approximately one-third, or $40-billion, was issued by trusts created by non-bank financial companies, such as American Home Mortgage, which could not find investors.

Suddenly money-market mutual funds called into question the validity of investing in commercial paper, backed by assets such as mortgages, when the housing market was slowing and prices dropping. As a result, the trusts couldn’t find buyers for their paper, leaving them short of cash. They were turning to banks that had agreed to provide loans in a situation where the market floundered, but some of the banks were then balking.

It was only a segment of the market that was at first in trouble and not every money market fund held paper issued by the troubled trusts. But soon many were rushing for the exits, attempting to sell their paper when no one was buying.

It was on August 9, that BNP Paribas, a major European bank, by suspending three of its investment funds with U.S.-held sub-prime-backed securities, took the marketplace from bad to worse, which then snowballed across the globe.

A year later, Lehman Brothers collapsed. It was a victim of speculative excess that invariably led to economic crisis.

The confusion over what the sub-prime market was has caused many Canadians to panic unnecessarily. They thought the so-called sub-prime crisis in the United States would spread to them because their mortgages were at a floating rate below the bank’s prime lending rate (hence sub-prime)

“Answer: Consumers in the United States are finding mortgages have become more expensive and tougher to get, and that has had an impact on housing sales. Sub-prime mortgage lending has all but disappeared, eliminating a level, or layer, of higher-risk consumers who had been active in the real estate market.”

In essence, tougher credit terms were slowing purchases and that was slowing the economy and hurting the stocks of companies involved in lending or in housing. That included home renovation, builders and furniture retailers — the impact reached into various aspects of the economy.

Unlike the U.S., the Canadian housing market was not artificially driven by bad lending practices. Canada’s long-term fundamentals were solid. At the time, Canada had a growing population, and consumer confidence remained high. However, there was eventually an impact on the overall Canadian economy, especially in the manufacturing section, which relied heavily upon exports to the U.S.

It took stock markets five years to recover from the crisis. Ten years later, some countries are still struggling to recover. In the U.S., it has taken a long time to come back from the brink of economic disaster.