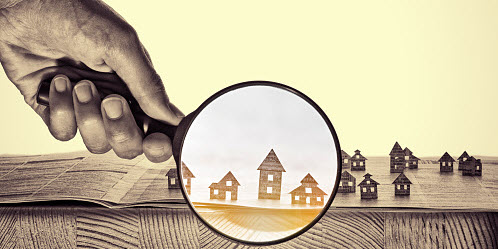 The Canadian Real Estate Association (CREA) recently reported that the number of homes sold via the nation’s MLS® systems fell 2.1 per cent in July 2017, which was the fourth consecutive monthly decline.

WinnipegREALTORS®, meanwhile, reported that the local housing market bucked the national trend and had brisk sales by the end of last month.

Blair Sonnichsen, president of WinnipegREALTORS®, said the comparison between local and national performance helps to demonstrate the housing market differences across Canada.

“I cannot emphasize enough that in our local market we have different affordable options to choose from,” he added.

While the national monthly decline was about one-third the magnitude of those in May and June, it leaves sales activity 15.3 per cent below the record set in March.

According to CREA, sales were down from the previous month in close to two-thirds of all local markets, led by the Greater Toronto Area (GTA), Calgary, Halifax-Dartmouth and Ottawa.

Actual (not seasonally adjusted) activity was down 11.9 per cent on a year-over-year basis in July 2017. Sales were down from year-ago levels in about 60 per cent of all local markets, led by the GTA and nearby markets. National sales net of activity in the Greater Golden Horseshoe region was little changed from one year ago.

“July’s interest rate hike may have motivated some home buyers with pre-approved mortgages to make an offer,” said CREA president Andrew Peck. “Even so, sales activity continued to soften in the Greater Golden Horseshoe region (of Ontario).

“Meanwhile, sales and prices in Montreal (and Winnipeg) continue to strengthen,” he added. “All real estate is local, and REALTORS® remain your best source for information about sales and listings where you live or might like to.”

“This suggests sales may be starting to bottom out amid stabilizing housing market sentiment. Time will tell whether that’s indeed the case once the transitory boost by buyers with pre-approved mortgages fades.”

The number of newly listed homes slipped further by 1.8 per cent, led by the GTA. Many other markets in the Greater Golden Horseshoe region have also seen new supply pull back recently after having jumped immediately following the Ontario government’s announcement of its Fair Housing Plan in late April.

New listings were also down in Calgary, Edmonton, Montreal and northern British Columbia, with the lattermost region having been hit by wildfires.

In the Winnipeg market area, listings have primarily dropped in the residential-detached property category, whereas other property types, such as condos, have experienced listings either in line or greater than in 2016.

With sales down by about the same amount as new listings in July, the national sales-to-new listings ratio was little changed at a well-balanced 53.5 per cent. By contrast, the ratio was in the high-60 per cent range in the first quarter of 2017.

A national sales-to-new listings ratio of between 40 and 60 per cent is generally consistent with balanced national housing market, with readings below and above this range indicating buyers’ and sellers’ markets respectively.

Considering the degree and duration to which current market balance is above or below its long-term average is a more sophisticated way of gauging whether local conditions favour buyers or sellers.

Market balance measures that are within one standard deviation of the long-term average are generally consistent with balanced market conditions. More than 60 per cent of all local markets, including Winnipeg’s, are in balanced market territory.

Excluding these two markets from calculations trims almost $100,000 from the national average price of $381,297.