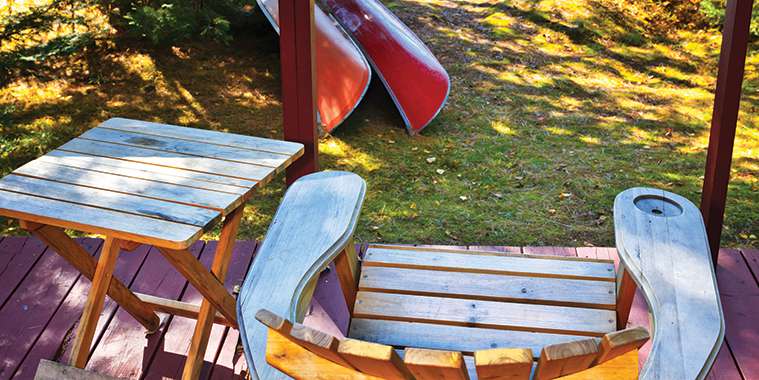 Enduring popularity of lake and rural living continues to grow

As we head into the Terry Fox Day long weekend, many Manitobans will once again be enjoying the abundance and richness of the province’s lake destinations. There are so many to choose from and some of them, as has been well documented through the pandemic, are becoming more permanent, not only as places to escape from the hustle and bustle of a major city such as Winnipeg, but as places to connect back to your office while working remotely from your cottage or permanent home.

This trend that began in 2020 continues in 2021 with demand for rural and lake country living accelerating at a pace not seen before. In 2020, the vast market region existing outside of Winnipeg saw its market share in terms of residential-detached or single-family home MLS® sales gain a full 6 percentage points — from 30 to 36%. This has fallen back somewhat for the first six months of 2021 but is still performing exceptionally well in representing more than one-in-three home sales in the Winnipeg Regional Real Estate Board (WRREB) market region. Many are in rural municipalities surrounding Winnipeg or further away in active MLS® areas such as the cities of Winkler or Morden.

As was mentioned in an earlier column, this year’s lake country Multiple Listing Service (MLS®) — areas the WRREB tracks and reports on every month — are now including what were formerly designated as resort properties in the residential-detached property type. This change was made to reflect the fact that many resort properties are becoming four-season in nature as it has become harder over the years to distinguish between what is easily classified as a seasonal cottage,
or a permanent home that can serve as a year-round residence.

You can think of it more now as lake country living — whether the property is seasonal or not. The close proximity of lake country areas to Winnipeg and other Manitoba cities, such as Steinbach and Selkirk, make it possible for owners to easily commute back and forth for all of the services bigger centres provide, including major sporting events such as the Winnipeg Blue Bombers home opener scheduled for August 5.

So how is the lake country market faring since last reported at the end of April? Looking at the first half of 2021 there are remarkable differences from the same period in 2020.  Both residential-detached listings and sales are showing appreciable gains. Let’s go through them.

The MLS® area running along the west side of Lake Winnipeg — which includes many popular beach communities such as Winnipeg Beach and Gimli — has the highest conversion of residential-detached listings to sales of all the lake country MLS® areas at a very impressive 91%. Of the 135 listings entered in the first six months of this year, 123 of them sold with an average selling price of $264,563.  In 2020, the conversion rate was only 41% with 33 sales out of 81 listings and an average sale price of $232,058.

Next highest conversion rate at 88% is the MLS® area on the east side of Lake Winnipeg situated at the south end of the lake basin (e.g. Victoria Beach). There have been 93 sales out of 106 listings. The contrast from last year is absolutely huge with 2020 having shown only a 23% conversion rate with 15 sales out of 65 listings. Given much stronger demand for lake country properties, the average sale price has increased from $205,187 in 2020 to $247,553 in 2021.

A third lake country MLS® area that runs further east and north along Lake Winnipeg — which includes Manitoba rural towns such as Pine Falls and Lac du Bonnet — showed strong improvement as well with a conversion rate of 80% compared to 34% in 2020.  There have been 104 sales out of the 130 listings in this MLS® area for the first six months of 2021. The average sales price is $295,129, a 12% increase over the $263,846 number in 2020. Sales in particular stand out as approaching four times the 28 sales which were transacted in 2020.

One more lake country MLS® area to show marked gains from 2020 — even if the conversion rate is not as high as the others at 71% — is located further north along the west side of Lake Winnipeg and extends west to capture beach areas along Lake Manitoba. It has had 110 sales out of 155 listings. This is in sharp contrast to just 18 sales and 86 listings last year. The average sales price is $204,759, up 4% from the same period in 2020.

As far as MLS® areas go, this is by far one of the largest ones geographically speaking, and has a real mix of different towns and communities starting with Teulon at its southern most point and extending far north between both of our major Manitoba lakes. Sales are spread out among many beyond Teulon and include ones such as St. Laurent, Komarno, Inwood, Arborg, Ashern, Lundar, Eriksdale, Fisher Branch and Lake Manitoba Narrows.

Buyer intentions for lake country is also strong when it comes to future development, as vacant lot sales in these MLS® areas are up considerably for the first six months. When combining lot sales for all 4 MLS® areas described above, there were 244 when for the same period in 2020 there were less than 40% at 96 sales. The most notable difference is in the Lac du Bonnet MLS® area where there have been 66 vacant lot sales (more than any other lake country MLS® area this year) and only 13 in 2020. While Lac du Bonnet has the vast majority of sales, Manigotagan — located well north of Pine Falls/Powerview along Lake Winnipeg — is also capturing a few sales.

Lots of summer and hot weather are still ahead to check out the 154 residential-detached and 156 vacant lot lake country listings available on the WRREB’s MLS® as of July 27.  Don’t forget to bring your bathing suit so you can jump in the lake and cool off afterwards!