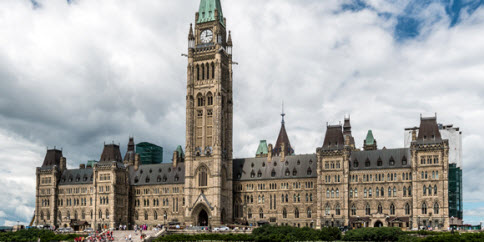 As per usual, the representatives, who came from all areas of Canada, had one main objective in mind: to engage in an open, honest and respectful dialogue with the federal government on several key issues.

This time around, the key issue was the federal government’s Home Buyers’ Plan (HBP). PAC representatives were advocating a pair of policy changes.

First, they were promoting indexation of the plan to prevent its value from being steadily eroded.

Second, they were intent on lobbying the federal government to help Canadians maintain homeownership through significant life changes.

Many Canadians experience situations such as job relocation, the death of a spouse, a marital breakdown or a decision to accommodate an elderly family member that can impact the ability of an individual or family to maintain homeownership.

“The various MPs and party representatives always look forward to us coming to town,” he said, noting that PAC Days is now held in the fall rather than the spring to give politicians more time to consider PAC representatives’ proposals.

“They enjoy having us update them on the country’s real estate market, and discussing key issues that relate to real estate and homeownership,” he explained.

In fact, it was a week that saw PAC representatives gain unprecedented access to key political players.

Kourosh Doustshenas, a member of the WinnipegREALTORS® PAC Team, which received the top PAC Team Award at the conference, said two MPs from the city — Kevin Lamoureux (Winnipeg North) and Robert Falcon-Ouellette (Winnipeg Centre) — were particularly pleased to meet with him and his colleagues.

“Kevin is a very big supporter,” said Doustshenas. “He was very receptive to our asks (modernizing the Home Buyers’ Plan, allowing parents to access RSPs a second time to help a second child with a down payment on a home).”

“We also met with Robert Falcon-Ouellette, and he was also very supportive; he wanted to learn more about the Home Buyers’ Plan.”

“Both MP’s said they’d be happy to raise the (Home Buyers’ Plan) issues in caucus meetings. We also met with the assistant to Natural Resources Minister Jim Carr (Winnipeg South Centre). She was also very receptive,” he added.

Doustshenas said that he, as well as all other PAC representatives, will continue to advocate tirelessly for home buyers.

“We’ll continue to follow up, advocating on the behalf of home buyers. Our hope is that the proposed amendments to the Home Buyers’ Plan will eventually be instituted.”

Barret said Realtors will continue to keep the best interests of Canadians at the top of their agenda.

“We’re also concerned about other issues, such as how the government is going to roll out the legalization of cannabis, and changes to the small business tax,” he added.

“We actually managed to get three meetings with (federal Finance Minister) Bill Morneau. That was very exciting.”

For his part, Lamoureux said he will continue to throw his unqualified support behind the Home Buyers’ Plan.

“It’s critically important to get more discussion going on how to make homeownership a reality,” the MP said.

“Providing homeownership opportunities is so important, especially for middle-class Canadians. I want to do what I can to promote homeownership, more jobs and healthier communities.”