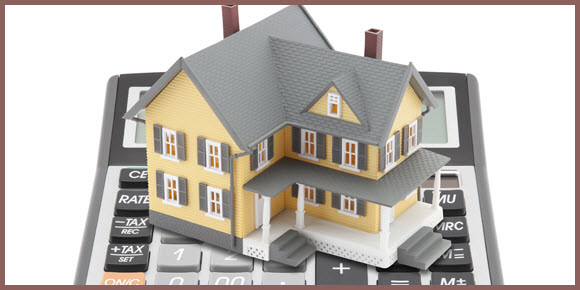 A stronger “move-up” market with increased activity in the performance of higher-priced homes has mitigated decreased overall sales activity for October.

Southwest Winnipeg neighbourhoods with an average residential-detached price of over $400,000 saw sales increase this month while there was also a significant difference in million-dollar-plus sales compared to the previous three years. For the first ten months of the year, there have been 45 sales in total, compared to the total of 27 in 2016 and 20 in both 2015 and 2014.

According to Blair Sonnichsen, president of WinnipegREALTORS®, “Our market may experience greater move-up sales activity than normal until the end of 2017 given that the Office of the Superintendent of Financial Institutions (OSFI) just approved a new stress test on federally regulated mortgage lenders with respect to insured mortages at the start of next year.”

“They must meet the minimum qualifying rate for an uninsured mortage,” says Sonnichsen, “which is the higher of either the five-year Bank of Canada rate or one that is two percentage points higher than their contractual mortage rate.”

Even with this increase of activity within higher-priced homes, October’s overall market sales activity has seen a decrease of ten per cent compared to October of last year and off four per cent for the ten-year October average. This drop in sales activity was largely predominant in the residential-detached and condominium property types selling for under $300,000.

Other more affordably priced MLS® zones, including the rural MLS® areas outside Winnipeg, were either seeing fewer sales or flat in residential-detached sales activity.

Factors contributing to this overall decrease can partly be attributed to last year’s home buyers maximizing their buying power before the October 17, 2016 stress test came into effect on insured mortgages. New qualification requirements meant applicants had to qualify for the five-year fixed term Bank of Canada rate of 4.46 per cent.

“October sales results clearly show how government intervention in to the real estate market has affected it,” continued Sonnichsen. “The first-time buyer market for residential-detached properties has been softer this year and conversely, more affordable property types such as single-attached and townhouses have performed better.”

Both single-attached and townhouse sales this year are well ahead of 2016 with percentage increases of 10% and 23% respectively. Residential-detached sales are down two per cent for the first ten months.

October sales of 1,023 properties pushed year-to-date sales to over 12,000 — only the second time this has happened and just one per cent off last year’s record-setting pace of over 12,100 sales. Year-to-date dollar volume is at nearly $3.5 billion, the highest it has ever been, up over 3 per cent from 2016.

However, based on slower sales and dollar volume activity in the last two months of the year, dollar volume will not reach the $4 billion benchmark level, but another annual dollar volume record will be set.

In terms of condominium sales activity, there has been prevalent sales in the under $200,00 price range. These sales represented 44 per cent of total condo sales. In comparison, sales under $200,000 for the residential-detached property type were 16 per cent.

The recent positive news from Statistics Canada regarding the addition of 4,000 new jobs in October for Manitoba should help some Manitobans feel confident about advancing their buying decision before the new stress test kicks in.

“Whatever price range you are looking to buy in, you need to be calling a REALTOR® — a market expert who will help you navigate the ever changing real estate environment and real estate financing,” said Marina James, CEO of WinnipegREALTORS®.

“No one has a crystal ball for significant changes that may or may occur in the housing market, but you can count on the expertise and experience of a REALTOR®,” she says.