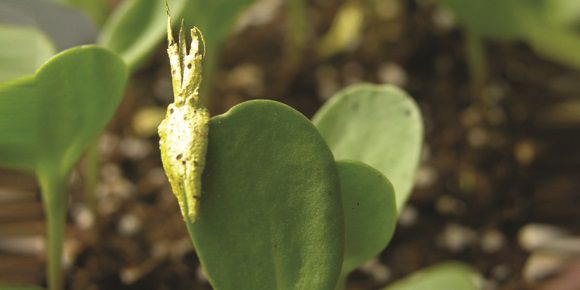 Seed planting for the novice gardener

For the past decade, gardeners have been under the spell of big growers, many from the United States, but not a few from Canada, who have been producing ever more fantastic annuals and ever-blooming perennials.

In pursuit of these lovelies, the vegetable garden had been overlooked for overflowing containers of these exotic plants that are sold already growing and are guaranteed to produce a profusion of stunning blooms.

Often budding gardeners believe that you have to start all plants indoors and they faithfully start their seed early. This can be discouraging for some would-be gardeners, who are busy with work and kids. Don’t despair. You can plant many vegetables (and flowers, too for that matter) straight into the soil as soon as the danger of frost has passed and once the soil is warm enough to germinate the seeds.

Some edibles and flowers can be planted throughout the summer to prolong the harvest and the blooms. Annuals such as cosmos, bachelor buttons, schizanthus, sweet alyssum, love-in-mist all germinate quickly and can be sown for a  second fresh blooming in mid summer. These plants can also be sown in fall to get the earliest colour next spring. Hardy perennial seeds can also be sown directly into the ground, although some may take more than the first year to flower.

Spring flowering bulbs, and this includes garlic, tulips and daffodils as well as many others, should be planted in fall once frost has fallen. Summer flowering bulbs such as dahlia and gladiola need to be planted in springtime as they are not hardy enough to overwinter in the soil in most parts of this province.

Early maturing vegetables should be sown again in mid summer for a fall harvest. Among these would be salad greens including some lettuce. Herbs such as basil and cilantro are ready for harvest in about four weeks, so plant several crops a couple of weeks apart to ensure a continual harvest of the best tasting leaves. Most leafy vegetables and herbs are best used while the leaves ae still young and tender, generally before they begin to flower.

Cold weather crops include kale, lettuce, peas, potatoes, spinach and Swiss chard. These crops can be planted early and right into the ground.

Leafy vegetables such as Swiss chard and mustard greens are among the vegetables that taste better when harvested for their young leaves. Harvest outer leaves of chard when they are 4 to 8 inches tall. Most varieties produce between 22 and 26 leaves. You can continue this harvest as new leaves emerge and grow. Harvest kale late, right after the first frost for the best flavour.

Peas can be planted when the soil is still quite cool, but not cold. They take about two months to mature so if you want to plant a second crop, do so in late June or early July to harvest before the first frost.

Beans should be planted when the soil reaches about 15 degrees C. You can continue to sow until early July for a long lasting harvest. Pick beans often to ensure that the plant will continue to produce.

One way to speed germination of vegetables and flowers that require a warmer soil temperature is to cover soil with black plastic until they emerge. There is also a specialty product that allows infrared rays to pass through to warm the soil but will not let in visible light, which encourages the growth of weeds. Melon, eggplant, corn, squash and pepper seeds will benefit from warming of the soil.

Cabbages like cool weather when they mature. They can be sown as late as July. Root vegetables such as carrots and potatoes grow best when the weather is cool in spring and again in fall. Sow carrots directly in the soil from mid April on when the soil temperature reaches 12.7 C. Potatoes can be put in when you plant peas and the soil temperature are about 7.2 C

To learn exactly how to plant your seeds, you should rely on the information written on the seed packet by your seed supplier. Their instructions will be specific to the variety you are planning to grow.