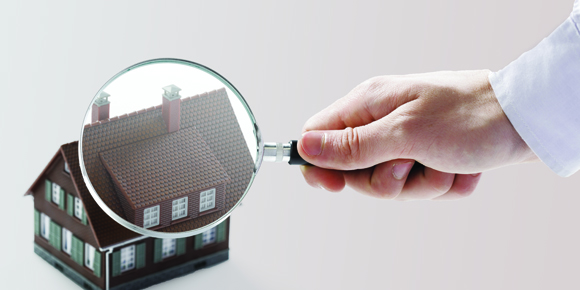 Today’s balanced real estate market is beneficial to prospective home buyers in more than one way.

First, buyers have more inventory to choose from, which means they have the opportunity to find the home that’s right for them at a reasonable price. Second, they — because the market isn’t as highly competitive (save in traditionally hot areas) — may have the opportunity to get a pre-inspection done. Yet, many buyers choose to by-pass the chance to do a home inspection. What gives?

“I don’t think the major reason is money,” said home inspector Ari Marantz. “Although the market isn’t as competitive as it once was, I think there are still buyers who’ve made a lot of offers and are discouraged that they’ve lost out on several homes. Then, when a home they like comes up, they’ll do whatever it takes to get it. That means not writing a home inspection into the conditions of their offer.”

Fellow home inspector Tom van Leeuwen said that approach doesn’t make sense, considering that a house is the single most expensive purchase people will make in their lifetime.

“They have no problem taking a car they want to buy to a mechanic for an inspection, yet they’ll choose not to get a home inspected when there’s a chance to do it,” he said. “A house is the biggest investment you’re ever going to make, so it only makes sense that you get it inspected if the opportunity is there.”

The reason for an inspection is quite simple, said van Leeuwen. “Home inspectors go into homes objectively. I call it the Dragnet inspection — just the facts. We’ll tell you up front what defects you need to deal with now, and the other defects you can deal with later on. We look for clues and symptoms. If they need further investigation, we can have a specialist come out to take a further look. We never tell people to buy or not buy. Our job is to help people make an informed buying decision.”

“At the very least, spending three hours with a certified CAHPI (Canadian Association of Home & Property Inspection) inspector will give you the opportunity to get to know the house,” said Marantz. “You can see what condition the home is in, and what you might need to budget for. Basically, you can use the inspection report as a maintenance schedule in the event that no major issues are uncovered.”

While most home inspections are rather routine, there are a certain percentage that aren’t, said Marantz. “I recently did an inspection after being called in by an experienced REALTOR® who’d discovered some cracks in a home’s foundation. It turned out that the cracks were more extensive than the agent thought. It could have cost tens of thousands of dollars to do the repairs after they bought the home.

“I also did another recent inspection that uncovered a flooded crawl space. The sump pump had broken down. Had there been no inspection, the new owners could have moved into an expensive mess,” he added.

Van Leeuwen recounted a similar experience: “I had clients who brought me in to inspect a suspicious bulge in a basement wall. It turned out there was a boulder coming through the wall in a wood (pressure-treated lumber) foundation. Even though it wasn’t a huge problem, it still cost $5,000 to fix.”

If there’s a window to do a home inspection, it’s one buyers should take advantage of, added Marantz. “We don’t discover major repair issues every day, but those discoveries do happen on a regular basis. It’s better to be safe than sorry; buying a home filled with major repair issues can be devastating financially, and emotionally.”

Reasons to do a home inspection:

Why do a home inspection?

“As the old saying says, ‘penny wise, pound foolish,’” said van Leeuwen. “Being careful up-front by doing an inspection is a sound investment because it can save you a lot of heartache down the road.”