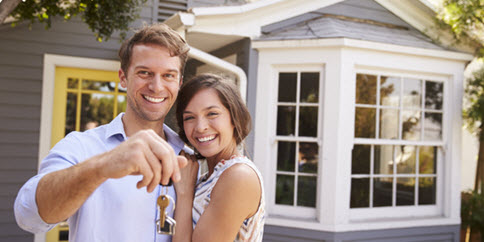 On average, each MLS® systems home sale in Canada generated $61,600 in ancillary spending, according to an impact study by the Altus Group.

The study on home sales and purchases covered the period from 2014 to 2016.

The Altus Group also did a study on government revenues related to MLS® systems home sales and purchases, which showed that $11.1 billion is collected each year in taxes at the federal, provincial and municipal levels.

Historically low interest rates, combined with steady economic and employment growth, resulted in the economic impact of housing transactions increasing over the previous study, according to the Altus Group.

Not all markets across the country experienced similar activity. A case in point is the decline in oil prices negatively impacting sales activity in Saskatchewan, Alberta and Newfoundland and Labrador.

The average home sale result of $61,600 in ancillary spending included spending by purchasers on items other than the actual home and land, and expenditures by owners in preparation of selling their home. Total ancillary spending averaged $31.1 billion annually, a major contribution to the Canadian economy. This total was based on an average of 504,538 homes changing hands annually from 2014 to 2016. These sales also created 220,065 direct and indirect jobs annually across Canada.

In breaking down ancillary spending, next to all the professional services, the highest generator of spending came from renovations. Professional services represented $22,125 of the $61,600 total amount generated, while renovations generated $17,975. Still having a high impact were furniture and appliances at $8,200.

Interestingly, when you break out expenditures generated by the average housing transaction in the Prairies, renovations was slightly higher than professional services at $18,850. Furniture and appliance expenditures were also higher than the national average at $9,550.

Given the older housing stock in Manitoba, relative to Saskatchewan and, especially, Alberta, the difference in Manitoba is likely greater for renovations over professional services.

This is a good news story, not only for the economy and job creation, but for renewing and extending the shelf life of older housing stock. With the increase in Manitoba’s population, and expectations for this trend to continue for years to come, meeting the new and existing need for proper housing accommodation is critical.

New housing starts are not enough to meet the increased demand in Manitoba. And, of course, many first-time buyers can only afford and qualify for an older home.

The average annual spin-off benefit of MLS® activity is broken down by provinces. For Manitoba, it represents $741 million or $52,500 per transaction. This activity translates to 6,300 direct and indirect jobs created in Manitoba.

As a group, finance, insurance and real estate made up the largest share of jobs generated across the country, with construction a very close second. Trades and professional services have an equal percentage share in third place.

Manitoba had the second highest proportion of total indirect jobs created. A number of these jobs were created in manufacturing and other service sectors.

By far, the biggest share of revenue generated for municipal governments came from the sale of newly-built homes on MLS® systems. The total was $1.1 billion and included municipal fees, levies and taxes, encompassing a broad cross-section of municipal infrastructure charges and land dedication fees.

The estimated total amount of government revenue generated by the MLS® system housing transactions in Manitoba was $212.8 million.