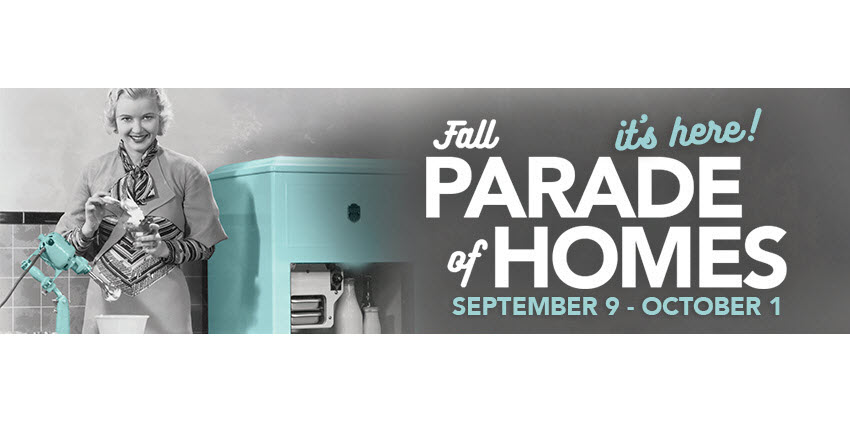 Once again, it’s that time of year.

Until October 1, The Manitoba Home Builders (MHBA) is presenting the 2017 Fall Parade of Homes.

MHBA president and CEO Lanny McInnes said the scope of the annual fall exhibition is exceptionally broad and deep.

“This time around,”said McInnes, “we will be featuring homes by 41 different builders in more than 40 different communities across the province.

“With 133 new homes on display, the MHBA showcase remains the largest and best Parade of Homes in Canada.”

“We couldn’t have asked for a better kick-off. Attendance has been strong across the province from established neighbourhoods to new communities such as Aurora at North Point (city’s North End), Headingley (Taylor Farms) out west in Brandon (Bellafield) and out east in Oakbank.”

“So far, the public’s response has been outstanding, due in part to the fact that here’s a bigger variety of houses for would-be home buyers to go through in all kinds of different neighbourhoods,” he said.

“I think choice is the biggest thing this time around. Builders are now offering homes across all price points, from entry-level right up to high-end luxury homes.”

There truly is something for everyone, noted Curtis.

“The product mix is very impressive. It starts with entry level homes such as condos and duplexes, then graduates to attached single family homes, then goes up to homes on laned lots, park lots all the way up to executive homes on lake lots,” he said. “There’s such a wide variety of styles and price points.”

McInnes said he’s been extremely impressed with the homes he has toured during the Parade’s first week of showings.

“The quality of the show homes I’ve visited has been second-to-none. The Parade offers a unique experience where people can come out and go through a wide array of design and layout options in a way no other community across the country can offer.

“The design and build quality showcased here is the best you’ll find anywhere in the country,” McInnes emphasized.

Meanwhile, a new 2017 home buyer preference survey is shedding light on what buyers are looking for in a home.

“Not surprisingly, kitchens are at the top of buyers’ lists. It’s incredibly important to have an open-concept kitchen, and it absolutely must have an island.”

In second place is a must-have that ranks as a surprise. Must-have No. 3 is not.

“Home buyers feel that it’s extremely important that their home has energy-efficient windows,” McInnes explained. “That meshes with the overall importance of having an energy-efficient home.

“In third place is the need to have a walk-in pantry — a feature that adds so much function to a kitchen.”

The survey also revealed a pair of areas that aren’t all that important to those who purchase a new home.

“Two areas turned out to not be terribly important — countertops, and cabinets. While granite and quartz are still the most desirable countertop materials, they weren’t a must-have. The same thing applies to cabinets. While buyers like them, they don’t have to be maple, or another high-end cabinets.”

Other must-haves include ample storage space (walk-in and linen closets), bathrooms with dual sinks and a two-car garage.

There was one final surprise, said McInnes.

“Media/theatre rooms are less important to buyers than we thought.

“Overall, the satisfaction level with builders continues to be very strong, something we’re very pleased about,” he added.

Regarding the growth fee that the city of Winnipeg introduced this past May, he said the MHBA will continue to monitor its impact closely.

“Right now, it’s still too early to tell (about its impact). Buyers may choose to scale back, building a bit smaller and going with more standard options. We’re watching closely to see what the trend will be both inside and outside the city.”