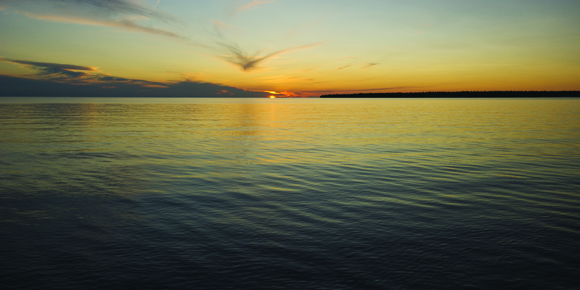 REALTOR® Lee-Ann Shewchuk said the average price of a lakefront property in Grand Beach is currently $250,000 and predicts that sales activity will remain steady going forward. Most buyers in the region hail from Winnipeg, and the most common properties purchased in the region are fixer-uppers or vacant land as opposed to move-in ready or custom built homes.

“Better weather conditions over the past year have led to a slight increase in price, sales and property listings in the Interlake area compared to last year,” said broker Jim Muir. “This trend has been driven by the affordability and convenience of purchasing a recreational property in the region with the top-selling properties being move-in ready homes or fixer-uppers. The purchase of vacant land or custom built homes is not as common in the region as it is in others.”

Typical recreational property buyers in the region are couples between the ages of 36 and 51, along with an increasing trend towards retirees purchasing recreational properties to use as their primary residence for half the year  and then seek a warmer climate for the other half.

However, according to Muir, there are now more millennials who are bringing in higher salaries with more discretionary spending.

Most recreational property buyers in the Interlake region are from Winnipeg. While most buyers are Canadian or coming from elsewhere in North America, there are some foreign buyers in the region hailing from Europe.

The Lac du Bonnet market continues to experience consistency as prices in the region remain stable.

According to Realtor Tammy Beutel, the typical recreational property buyers in the region are couples with young children. Many buyers plan to one day retire here and are taking advantage of the currently low market prices.

An oversupply of properties for sale led to a price decrease from last year at this time, with the current average price of a lakefront property settling at $293,000. A spot on the riverside averages $270,000, while a cottage or cabin in the woods (non-waterfront property) is $137,000.

Prices and sales within the region have generally remained stable year-over-year, though development has increased significantly since 2007. As lake levels have stabilized, buyer confidence in the region has risen. The current average price of a lakefront property is $155,000, and woods cottage/cabin (non-waterfront) properties are selling for $100,000.

“The area is being totally transformed. When the area began to be developed in 2007, most initial buyers were people buying the property and holding it for investment purposes,” said sales representative and owner Warren Neufeld.

“Now, people are buying and building as the community has matured. There have been many renovations and many new builds on the lake.”

At Winnipeg Beach, “buyers in the region are typically couples with young children,” said broker John Bucklaschuk. “This area is quite affordable for people, more so than most other areas in Manitoba and definitely more so than in Ontario.”

Prices have remained the same over the past year with the average price of a lakefront property averaging $180,000.

However, sales activity has increased, according to Bucklaschuk, As Lake Winnipeg is only a short drive from the city of Winnipeg, most recreational property buyers are coming from the city.

The purchase of a recreational property in the region is often motivated by the desire for a change in lifestyle, paired with current low interest rates, added Bucklaschuk.