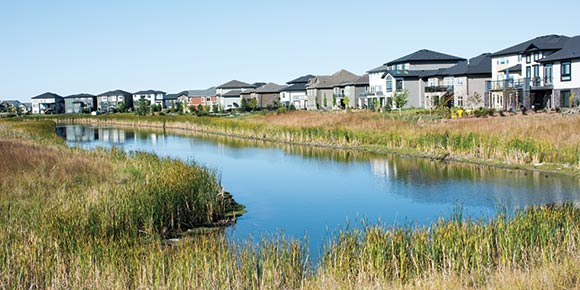 Earlier this year, WinnipegREALTORS® had the pleasure of welcoming Mortgage Professional Canada’s chief economist, Will Dunning, as its keynote speaker at the association’s annual forecast breakfast. The Toronto-based economist delivered a sound presentation full of solid economic analysis. He showed — by examining the Toronto and Winnipeg markets— how price growth over time is directly affected by changes in the ratio of sales to new listings. In turn, this ratio is influenced by the interplay of the current supply and demand for housing within a local market. As we have seen in Winnipeg, once the ratio of sales to new listings climbs above 62%, you will start to see accelerated price increases when demand overtakes supply as the dominant market force.

Dunning also spoke about how the new federal mortgage stress test will reduce housing sales activity in Canada. He suggested that the reduction could be as much as 100,000 sales this year. His assertion was reaffirmed in a report he released in July 2018 on housing and the mortgage market in Canada. He said that his updated analysis shows that 18% of prospective homebuyers who could currently afford their preferred purchase would fail a stress test. The Canadian Real Estate Association (CREA) referenced this same report in their call for the federal government to evaluate their housing policies in terms of their impact on housing markets across the country. Simply put, does a “one-size-fits-all” policy — such as the federal stress test on mortgage requirements — work in Canada?

A key excerpt from the summation of Dunning’s’ 63-page report states:

“The over-riding message in this report is that federal government policies with regard to mortgage lending are unduly suppressing housing activity. Our consumer survey has found that sentiment regarding the housing market has shifted decisively downwards during the past year and a half, reflecting the impacts of increased interest rates and government policies that are making it more difficult for potential homebuyers to obtain the mortgage financing they need. The weakening of housing markets will increasingly impair the broader economy. In this report, it is estimated that during the coming three years, job creation will be 200,000 less than it would otherwise be, as a result of these policies: they are unnecessarily adding to economic risks within Canada.”

With the Bank of Canada talking about further rate increases as we head into 2019, what do we tell first-time buyers in particular who show the same desire and yearning to own a home as their parents did? In fact, a study done by Abacus Data for CREA presented clear evidence that millennials want to own a home. In an online national survey held this past spring, of 2,500 Canadian millennials (aged 18 to 38), 86% said they want to own a home someday, while two-thirds of them said they are passionate about owning a home.

Not surprisingly, given their strong preference for homeownership, 72% of respondents in this survey said the government needs to make housing affordability a high priority. More than half of them said it has become more difficult to buy a house in the past year.

Dunning’s report — which includes a consumer sentiment survey — echoed what the Abacus Data survey concluded.  For non-owners aged 25 to 34, 75% of them expect to buy a home within the next five years.  However, given the current affordability challenges, they may not be able to realize their dream. When queried on the effects of the stress test, over half of these non-homeowners said they expect significant negative impacts, and another 35% say there will be moderate impacts.

Dunning states that those affected by the stress tests will look to buy a less expensive home while making a larger down payment to secure a home purchase.

When we say all markets are local, that really is the case in terms of the impact of the federal stress test. For the Winnipeg Metropolitan Region, which WinnipegREALTORS® covers for the most part (e.g. Steinbach falls outside of it), the impact of the federal stress test is far less than what Dunning indicated it would be in his report. Winnipeg’s market is down 5 and 6% respectively from 2017 and 2016 (based on year-to-date results at end of October), whereas the resale market for Canada in total has fallen 12.5% and 16.5%. In fairness to Dunning, because the national report was released in July, national sales numbers may have improved since, with Canadians doing everything they can in order to make adjustments to the effect that the federal stress test has had on their purchasing power. Time will tell as we approach the end of the year.

In his report, Dunning does state that Manitoba is a stable market, relatively speaking. He attributes the drop-off in sales activity this year to the combination of higher interest rates and the mortgage stress test.

A final take-away from Dunning’s report is the negative impact that a slowing and suppressed housing market has on the Canadian economy. Resale housing has significant positive economic impact on the Canadian economy. CREA estimates that for every home sale, there is $64,000 in spin-off spending and one job created for every three home sale transactions.
While rising interest rates and the federal stress stress are making homeownership more difficult for the average Canadian, Winnipeg’s housing market remains stable and affordable. With a little adjustment to our expectations, the dream of homeownership is still within our reach.