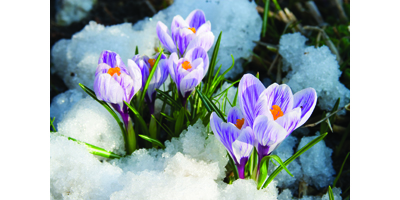 Happenings on the March calendar

It feels good to have the new month of March with us again. It’s always sort of a symbolic harbinger of spring, even if spring, in reality, may be delayed somewhat due to the changeable whims of Mother Nature!

In that regard, we’ll just have to wait and see.

It often seems like March is a very busy month, but I guess it just seems that way after the slow, plodding doldrums of winter. It’s the month of spring cleaning starting again and geese returning to our skies.

Also returning will be that seasonal malady known as “golf itch.” Have patience hackers, our time will come.

St. Patrick’s Day will come along, swallows will re-appear in California and the first day of “official” spring will make an annual appearance — possibly accompanied by a snowflake or two.

What else is on the March calendar?

• March 8, 1992 — Inspiration for aging golfers. On this day, well-seasoned, 49-year-old PGA Tour veteran Raymond Floyd, held off the young upstart Freddie Couples for a two-stroke victory in the Doral Open.

Although we all love Fred, we were pleased to see Raymond emerge victorious and thus join Sam Snead as the only man to win PGA Tour titles in each of four decades. Those of us who toil in the traps and trees can only be tremendously impressed by such longevity of talent.

• March 17 — St. Patrick’s Day. To put you in the mood, here’s an old Irish tale about how “bacon and eggs” were invented in the home of an Irish labourer.

An old peasant woman was frying up bacon for her husband in an open pan over a peat fire. She turned around to drive out an old sow and her litter that shared the cabin with her. As she was distracted, a hen that lived in the chimney above the fire dropped an egg from its roost. The egg hit the frying pan, broke  and spilled into the sizzling fat.

When the woman returned to the fire, she saw for the first time an egg fried with bacon. She set the dish before her good man who consumed it and then went off to work where he told the other men. Word spread from man to man and from land to land, and bacon and eggs were forever relished by rich and poor alike.

• March 20, 1852 — Uncle Tom’s Cabin was published. The author, Harriet Beecher Stowe, depicted the cruelty, horror and tragedy that was possible under slavery. The book’s first printing of 5,000 copies sold out in a week.

• March 20 — Spring officially gets underway in the northern hemisphere as the sun passes over the equator.

In the really old days, this signified the arrival of the New Year on many old calendars. Spring was thought to be special because it was the season when new life arose out of the depths of the long winter, symbolizing the death of the old year.

Today, in this northern climate, there are always a few very special March days, when the sun is warm and the wind is low and the temperature rises just a little, and it really does feel like there’s hope for a new and more accommodating season.

It was the noted spring lover, Vernal Equinox, who came up with this poetic observation about the current season:

It isn’t a crocus, or a robin on the wing,

That gives us our first intimation of spring;

• March 21, 1843 — Thousands of Americans were in a panic as they awaited the end of the world as predicted by William Miller, a preacher in Massachusetts.

Since then, and even before then, we’ve heard such dire predictions over and over, but the old globe somehow just keeps chugging along in spite of the doomsayers.

I guess the most recent occasion when everything was supposed to come to a grinding halt was when the world was predicted to end on May 5, 2000. Obviously, the predictors of apocalypse were off the track on that one. Perhaps, these were the same people who were screaming blue murder about the Y2K millennium bug back when we slipped into this new century.