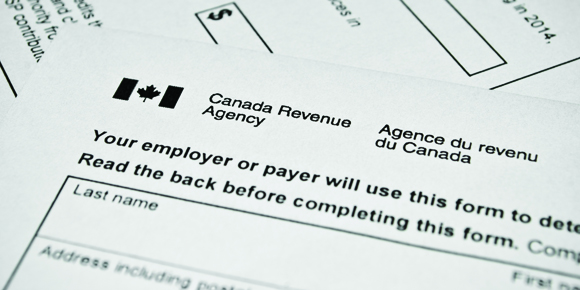 These days, as April winds down, scores of people are busy piecing together the information required to file their yearly tax return.

And if you’re a homeowner who had sold your home in 2016, there’s one more tax-related detail that you have to deal with.

That detail is called the Principal Residence Exemption (PRE), which, starting with 2016 tax returns, will feature some changes in how homeowners qualify to use it.

Prior to 2016, the Principal Residence Exemption (PRE) was quite straightforward in its application. Under its umbrella, an increased value, or capital gains, in a home was not taxed.

The PRE was a welcome tax break to Canadian homeowners, who have accumulated approximately $3 trillion in home equity.

That said, that was then, and this is now.

With the 2016 tax season upon us, the federal government has made some alterations to the Principle Resident Exemption that change how homeowners qualify for it.

Up to now, the Canadian Revenue Agency (CRA) hasn’t required Canadians to report on home sales during the tax season.

If you have sold your home in 2016, you now have to provide the CRA with the full details of the home sale.

Those details include completing a Schedule 3, Capital Gains of the T1 Income Tax and Benefit Return to properly report your sale.

WinnipegREALTORS® president  Blair Sonnichsen said there’s a primary reason why the CRA is now requiring homeowners to report the sale of their home in their T1 Income Tax and Benefit Return.

“The CRA’s imposition of these new rules is due to the fact that some people (i.e., property investors) have taken advantage of the loopholes in the tax process to avoid paying taxes on the dollars they’ve earned as a property appreciated over the time they owned it,” he said.

“They don’t want that to happen anymore.”

Sonnichsen said that the new rules aren’t meant to be onerous.

“It’s actually a fairly simple process,” he explained. “First, you declare the year you bought your home, and the amount you paid for it.

“Second, you declare the year and month you sold the home in 2016.

“And third, you provide details on any improvements to the property. such as painting it, such as putting in a rec room, or putting up a new fence, to demonstrate the investments you’ve made in your home,” Sonnichsen added.

Those who are honest in providing the required information on their tax return will be fine.

However, those who are trying to hide something (i.e., unscrupulous investors trying to line their pockets) won’t.

“The purpose of the new requirements is simple,” said Sonnichsen. “First and foremost, they’ve been put in place to identify people who are flipping properties and not properly declaring them.

“Second, they will help identify those people who are re-assigning sales for profit, and not declaring them.”

In short, the hope is the new requirements will make it easier to uncover where non-taxed money is being invested back into other real estate deals.

“Basically, the CRA wants to be able to determine where a down payment came from,” he says. “In many cases, those down payments have come from non-taxed foreign monies.”

The penalty for not properly declaring the sale of your home?

“There’s a flat fine of $8,000, or you pay $100 a month back to the date of disposition to the satisfaction of the CRA, whichever is lesser,” said Sonnichsen.

“So it’s important that you be on the up-and-up with the CRA regarding the sale of your home,” Sonnichsen cautioned. “If you are, and follow the new guidelines, you’ll be fine.”

In terms of taxes, it’s true enough nothing has changed.

Provided the home was your principal residence for the entire time you owned it, even if you used part of it for business purposes, the only requirement is for you to report the sale details on your tax return.