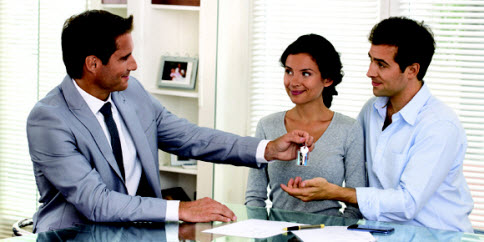 Manitoba is one of those provinces where average prices are either rising modestly or holding steady, reflecting well balanced supply and demand, according a new housing market forecast released by the Canadian Real Estate Association.

CREA recently updated its forecast for home sales activity via the MLS® systems of Canadian real estate boards and associations in 2017 and 2018.

The forecast’s slight decreases over the two-year period follow an outstanding MLS® market in 2016. As a result, forecasts for this year and next are more subdued.

In the WinnipegREALTORS® market area — which dominates the Manitoba housing market — a new sales record of 13,632 sales was realized.

“While home sales may go down slightly (vs. the 3.6 per cent increase in 2016), home prices should go up in the neighbourhood of zero to two per cent, while condominium prices have the potential to recover from a slight dip in 2016 and go up by a percentage point or two. Still, total MLS® dollar volume should go up by one to three per cent,” said Peter Squire, WinnipegREALTORS®’ market analyst, during the association’s annual forecast meeting.

In the resource-intensive provinces of Alberta, Saskatchewan, and Newfoundland and Labrador, sales activity is still running at lower levels and supply is elevated. This has resulted in weakened price trends for these provinces.

In housing markets around the Greater Toronto Area and including the furthest reaches of Ontario’s Greater Golden Horseshoe (the region includes the GTA, Hamilton-Burlington, Oakville-Milton, Guelph, Kitchener-Waterloo, Cambridge, Brantford, the Niagara Region, Barrie and nearby cottage country), the balance between supply and demand has become increasingly tight. This is expected to lead to continued double-digit price growth, resulting in further erosion in affordability and sales activity in the absence of a significant and sustained rise in new supply.

Elsewhere, housing markets in places like Manitoba, Eastern Ontario, Quebec, New Brunswick, Nova Scotia and Prince Edward Island have all experienced, to varying degrees, a breakout year in 2016, following a number of years of stagnation, with rising sales drawing down elevated supply, according to CREA.

Recently tightened mortgage rules, higher mortgage default insurance premiums and an expected rise in mortgage interest rates all represent headwinds to affordability in all Canadian housing markets. It will be some time before their full impact on housing markets is evident.

In some regions, the recently tightened “stress test” for mortgage financing qualification will force some first-time buyers to re-think how much home they can afford and may lead to a drop in home purchases as they shop for a lower priced home. In regions where there is a shortage of lower-priced inventory, some sales may be delayed as buyers save longer for a larger down payment.

In markets like Vancouver and Toronto, where single-family homes are in short supply and there are few affordable options, some buyers may find themselves priced out of the market entirely. In Toronto, the stress test for mortgage qualification may prompt some buyers to move further out into communities located in the Greater Golden Horseshoe where homes are more affordably priced.

Nationally, sales activity is forecast to decline by three per cent to 518,700 units in 2017. In line with CREA’s previous forecast, the upward revision to the sales forecast for Ontario offsets a downward revision to British Columbia’s, where all-time highs were reached last year.