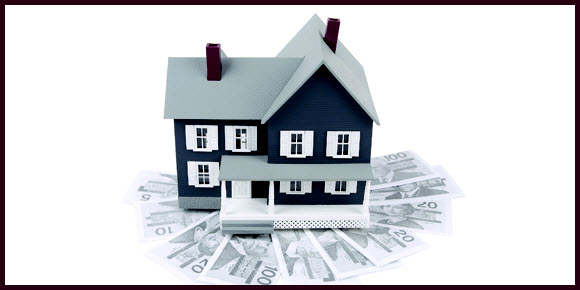 According to Genworth Canada's new 2017 First-Time Homeownership Study, almost half of first-time buyers believe owning a home is a wise financial decision.

The top reasons that home buyers were motivated to purchase were that they believed owning is a wiser financial decision at 49 per cent, they want ed to control the home they live in at 46 per cent, and they had saved enough for a down payment at 45 per cent.

A further three-in-10 said they disliked renting a home.

Nearly six-out-of-10, or 57 per cent, of first-time home buyers indicated that they would have a more difficult time buying under the stricter federal government mortgage qualifying rules.

The survey showed that a first-time home buyer is someone who is employed full-time at 84 per cent, working in private business at 48 per cent, has a university or post-graduate degree at 61 per cent, and is earning a combined household income of over $100,000 at 33 per cent.

“From the perspective of a mortgage insurer, these first-time home buyers possess a positive profile which includes full-time jobs and incomes to support their monthly mortgage payments,” said Stuart Levings, the president and CEO of Genworth Canada.

“They are financially responsible and looking for the benefits associated with long-term homeownership.”

According to the study, Manitoba and Saskatchewan, where affordability is less of a problem than in provinces such as Ontario and British Columbia, 48 per cent of respondents indicated they are more likely to buy a home because they can afford it.

First-time buyers in Manitoba and Saskatchewan at 14.5 per cent paid a lower average down payment than other purchasers in Canada with the exception of Atlantic Canada, which was cited as being 12.4 per cent in the survey.

Nationally, the average home price for first-time buyers was given as $402,000 and the average down payment was $76,000, representing 17 per cent of the total home price.

In comparison, the average down payment was $75,000 in Vancouver, which represented 47 per cent of a home’s average cost.

“Clearly, there are some regional variations across Canada with respect to affordability that lead to some significant differences in home prices,” according to Genworth Canada.

“The geographical areas with the highest level of difficulty to purchase a home are in Toronto (64 per cent), Vancouver (63 per cent) and Calgary (62 per cent).”

Overall, the survey found that 63 per cent of respondents made a down payment of under 20 per cent.

Under the new stress-test rules, any buyer putting down less than 20 on an insured home purchase, must be able to afford a five-year mortgage at a rate of 4.64 per cent over a five-year period, even though mortgages are now available for far below that rate.

Mortgage rates are bound to remain at a five-fixed rate of under three per cent for some time,  as the Bank of Canada recently announced it’s keeping its overnight rate at 0.5 per cent.

The central bank said it is keeping the rate low because the inflation rate is below two per cent.

“Consumer spending and the housing sector continue to be robust on the back of an improving labour market, and these are becoming more broadly based across regions,” according to the Bank of Canada.

Meanwhile, a new survey by Manulife Bank indicated 14 per cent of respondents would be unable to withstand any increase in their monthly payment, while 38 per cent said they could withstand a payment hike of between one and five per cent before having difficulty.

“What these people don’t realize is that we’re at record low interest rates today,” said Rick Lunny, president and CEO of Manulife Bank.

“If mortgage rates increase by as little as one percentage point, some borrowers could be facing a hike of 10 per cent on their monthly bills. A bigger mortgage hike would bring more pain,” he added.

Lunny said that the group most unprepared to deal with a financial emergency is millennials, those 20 to 25 years old.