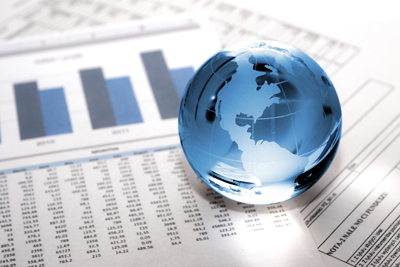 During the WinnipegREALTORS® 2015 Forecast Breakfast, a theme emerged — one that centred on turbulence, as global and national economies have been challenged by a variety of factors, both external and internal. And the local real estate market was characterized by a somewhat turbulent year due to changing market conditions in 2014.

“The last few years have been crazy, and the next few years could possibly be even crazier from an economic perspective,” said Benjamin Tal, CIBC World Markets’ deputy chief economist. “We are now dealing with a different economy with different rules. The IQ of every banker worldwide is going to be tested in the coming days. No one is really sure what’s going to happen.”

“The word I would use to characterize MLS® performance in 2014 would be ‘solid,’” said Peter Squire, Winnipeg REALTORS®’ market analyst.  “If there was any story in 2014, it would have been that there was a lot more choice available in the market across the board.”

In fact, listings were up 12 per cent over 2013. And although supply increased noticeably over the previous year, demand was constant.

“Last year, there was a 56.2 per cent conversion of sales,” said Squire. “While that might not have been quite as high as previous years, it showed there was still a lot of strength in the local real estate market.

“Even though market conditions were different, our REALTORS® always manage to set new dollar volume records, as they did in May and June. Once everything was said and done, we had a record year with $3.43 billion in sales,” he added.

Record sales occurred despite REALTORS® having to deal with a balanced market, one that required them to work harder to bridge the gap between buyers and sellers.

“Inventory was at the highest level it had been at in many years. You need to go back to the 1990s to see such high levels,” said Squire. “Our REALTORS® did a great job of adjusting. Even though the market was balanced and it took more time to sell a home, the average days on market was 30, only seven days more than in 2006.”

As for his 2014 forecast, Squire was quite accurate: “I predicted a zero to two per cent increase in home sales, and the actual figure was 0.9 per cent, while home prices rose two per cent after I predicted a rise of two to four per cent. The only area I was off in was condominiums, which went up two per cent compared to my prediction of six to eight per cent. I said total MLS® dollar volume would go up three to five per cent, and the actual figure was three per cent.”

“I think the numbers in 2015 will be quite similar to 2014. That said, I would love to see our REALTORS® outperform the forecast and show that I was wrong,” added Squire.

On the commercial real estate front, WinnipegREALTORS® Commercial Division chair, Stephen Sherlock, said the city needs to up its game, if growth, in terms of investment, and more development in the industrial, retail and commercial sectors, is going to happen.

“Time will tell,” he said. “There needs to be more quality product for investors, there’s an increasing demand for modern facilities to replace older, functional, obsolete properties, and there are vacancies in retail, such as Target leaving. It’s going to be an interesting year.”

Tal echoed those sentiments. “What was normal is no longer normal. Both the global economy and Canada’s real estate market will be tested.

“The real estate market will slow down, but people should continue to benefit from low interest rates, making for a steady market across Canada and in Manitoba.”