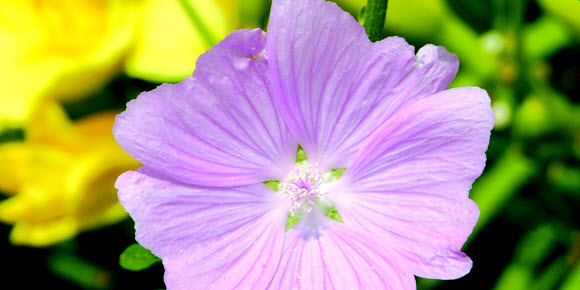 Letting the co-operative side of nature shine through

A large Manitoba maple dominates the back garden. It volunteered to do this without any help from its human host, hiding for the first few years of its life among the many canes of a snowball viburnum. By the time its presence was realized, neither the viburnum nor the gardener had the heart and strength to vanquish it.

Along the foundation, a bur oak is determined to take up residence. In the front garden, a Russian elm has struggled with the gardener for its very existence for more than four years. Many incipient Amur maples have been plucked out by the roots before they can assert themselves.

Volunteers such as these in this garden have altered its shape and often thwarted the will of many other gardeners.

Trees are not the only plants that volunteer. Lovely perennials will suddenly appear with no apparent source but are more than welcome, nonetheless. Annuals, too, travel in the most charming way, taking up residence in what appears to be the very best possible spot. Often this happens in your own garden, where a plant seems to have grown feet and removed itself to a better location without your intervention. Sometimes, squirrels are the garden agents. They will often move bulbs so that suddenly you inherit a gorgeous new species, which shows up like a garden miracle one spring.

Birds are also a big help to the garden volunteer. Some birds have a co-operative relationship with plants. Mistletoe, for example, is covered with a sticky substance. While feeding, some of the seeds stick to the bird’s beak. To get rid of them, the bird rubs its beak against a tree (just where the mistletoe wants to take root). Bird cherry has to pass through a bird’s digestive system in order to germinate. Sometimes the bird carries seeds in its claws as part of its nest-building activity. Berries and other fruits are dispersed through the avian digestive system and they gain sustenance from the protective covering of the seeds.

Often careful and concerned gardeners blame man for the introduction of non-native species to new locations. But nature is pretty good at doing this without our help. Seeds can be carried by water, on flotsam and jetsam in the oceans and along river systems. Coconuts are particularly good at floating long distances to new locations.

Plants and seeds can even be spread by hurricanes and tornadoes, which have the ability to pick up animals as well as plant life and deposit them many miles from their origins. The wind is very good at being an agent for plants, transporting delicate seeds that are specially designed to take advantage of gentle breezes for their locomotion. Dandelion seeds and maple keys are two excellent examples of plants that have adapted to take advantage of the wind.

Squirrels are not the only wandering plants’ friends. All sorts of animals move seeds, which hitch hike (burrs) by catching on fur or pant legs or by passing through digestive systems.

Some seeds put a large amount of energy into dispersing themselves, exploding when ripe. Good examples include the group of plants called touch-me-not, otherwise known as part of the impatiens family. These plants produce seed pods that literally blow up when ripe and touched by an animal or a strong wind. The wild cucumber is another example of this.

Even ants get into the act, and their act even has a name: myrmechory. About 3,000 plant species use this method of seed dispersal. Plants develop seeds with yummy (to ants) seed coatings on them. The ants eat the good part, then discard the seeds in their ant garbage dumps, which are usually nice, well aerated piles of soil, and . . well, you know the rest. Apparently about one third of seeds, from the acacia tree to violets, are moved and transplanted this way! Certain ants eat seeds and disperse some of them through their digestive tracts, too.

In fact, the much loved rooibos or redbush tea from Africa is available to us because people discovered that the seeds stored by ants in their nests were easier to germinate.

Fluctuations in climate can also cause plant migration and the diamonds of northern Canada are evidence of a very different climate in the polar region eons ago.

Some plants travel underground, through their root systems, cloning themselves and forming groves and colonies that can exist for many years. We gardeners call this ‘suckering’ and we resent it almost as much as the self-sowing of maples.

It’s all okay, though. Gardeners vary a great deal in temperament and in tolerance for natural order. Some wish to preside with great authority over what grows and thrives within the spaces they have chosen to control. Others take a much more laissez faire attitude of live-and-let-live and enjoy the intelligent way that volunteers arrange themselves for beauty and harmony in a garden.

If you find a volunteer in your garden, pluck it or let it be. In this space, you are allowed to exercise the power of choice. And your choices have no attached morality.