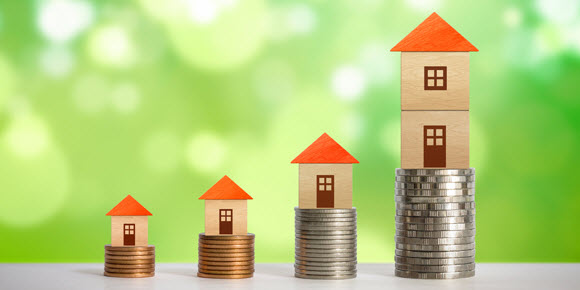 Solid sales of 635 MLS® units and a dollar volume of $179 million in December capped off a successful local real estate market in 2017, according to the month-end report released by WinnipegREALTORS®.

“Considering tougher mortgage qualifications were in effect for insured mortgages, two Bank of Canada interest rate hikes and impact fees on select suburban residential developments by the city, we are particularly pleased with the performance of our MLS® market,” said Blair Sonnichsen, the outgoing president of WinnipegREALTORS®.

“This indicates to me that our REALTORS® worked diligently with mortgage brokers and financial institutions to overcome the challenges their clients experienced due to the changes.

“As a result, Realtors were able to conclude nearly as many sales as they did during the record-setting year of 2016,” he added.

The association reported that percentage differences between December 2016 and 2017 were relatively modest, although sales were up three per cent and dollar volume was up seven per cent for the month in 2017.

The association also reported that listings were up eight per cent over 2016.

By the end of December, an inventory of 2,851 listings was available for sale.

“All MLS® property types performed exceptionally well in December,” said Peter Squire, the vice president of external relations and market intelligence for the association, “with the exception of residential-detached experiencing a drop of eight per cent in sales.”

Sonnichsen said a byproduct of the 2017 market was the many affordable options available to buyers in the association’s market region.

“It became very apparent early in the year that buyers were making adjustments within certain property types to attain their dream of acquiring a place to call home,” he said.

“It may not have been their first choice for home or a specific area, but they considered the alternatives available and proceeded accordingly,” Sonnichsen added.

“Within the many neighbourhoods in the city or all the outlying municipalities in the capital region, buyers made informed choices and took advantage of one of the most affordable markets in the nation.”

The association reported that 2017 was a year when move-up market activity helped offset a slight drop in purchases of single-family homes by first-time buyers.

“Even condominiums saw a spike in $1-million-plus sales with six compared to none in 2016.”

According to the association, move-up sales activity last year was a contributing factor in lifting the annual average sale price for both residential-detached and condominium property types.

Residential-average MLS® sale prices in MLS® zones in both Winnipeg and its surrounding rural municipalities showed gains over 2016. Only Winnipeg North decreased slightly, which the association attributed to the new stress test’s affect on first-time home buyers.

In 2017, the association reported that the southwest zone eclipsed the average sale price of $400,000 for the first time.

Contributing to the higher average sale price within the zone were over 300 sales in Waverley West, where the average price rose to $546,664.

Overall, the average for the southwest zone, which includes Tuxedo, hit $853,378.

Despite the sales gains in the higher price ranges for residential-detached properties, over half of all sales were still under $300,000, with the busiest price range being between $250,000 and $299,999 at a market share of 21 per cent.