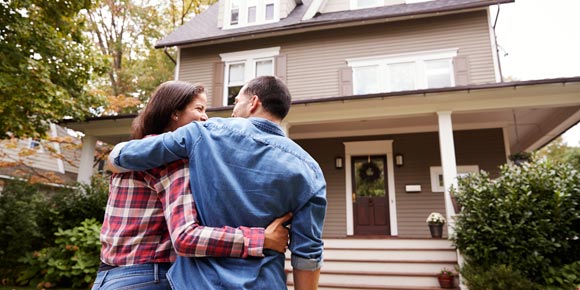 All real estate markets are local. This is a point that cannot be emphasized enough. And within those local markets are distinct market segments and dynamics. Yet when you have an across-the-board federal stress test on all insured and conventional mortgages, as we now do  in Canada as of January 1, 2018, we begin to see collateral damage on sales activity well beyond the upwardly higher risk markets of Toronto and Vancouver — markets that were specifically targeted to reduce risk to both consumers and financial institutions.

One local market that has been adversely impacted is Regina. That market was already suffering a downturn in their slower paced market prior to the federal stress tests being implemented in October 2016, and then again at the beginning of this year to cover conventional mortgages with down payments of 20% or more.

Gord Archibald, CEO of the Association of Regina REALTORS® said, “What’s true in Vancouver and Toronto is very different than what we are experiencing here in Regina, Moose Jaw or anywhere else in Saskatchewan. Creating a blanket policy to address concerns in a few areas can lead to adverse consequences in other regions, and our members and their clients, whether sellers or buyers, are starting to feel the effects of the new mortgage rules.”

In a recent Realtor survey that the Regina association conducted about the effects of the tougher requirements to qualify for a mortgage, Realtors on average said they had 1.4 buyer clients leave the market.  Based on Regina’s 520 Realtors, this equates to over 700 potential buyers exiting the market and consequently not purchasing a home. Not surprisingly, and for good reason, Archibald advocates for stress test measures to become less broad-based and more targeted than they are.

Even Winnipeg’s resilient and well documented stable market has not been immune to the effects of the new federal stress tests. As of the end of May, year-to-date MLS® sales decreased almost 8%. The month of May was down even more at 11%, although this is in comparison to the best month on record in May 2017.

To reinforce how widespread the impact of the federal stress test has been on local markets throughout the country, the Canadian Real Estate Association (CREA) indicated that May 2018 marked the lowest level for national sales activity in more than five years. Actual — not seasonally adjusted — activity was down 16.2% from May 2017 and sales fell below last year’s levels in 80% of all local markets.

One city that overcame higher interest rates in tandem with the new mortgage rules was Montreal. It had its best ever May, edging out May 2017 by a 1% increase. It is their 39th consecutive increase in residential sales. Montreal has one of the most affordable housing markets even though it is the second largest major market in the country. Its average median residential-detached price in May was $325,000, not significantly higher than Winnipeg’s May median price of $307,000.

There is no question that economic factors are driving Montreal’s continuing strong real estate sales activity, with very positive economic indicators such as job creation in sectors like construction and technology, e.g. artificial intelligence. It also is no coincidence that foreign investment has spiked, with Quebec being seen as a viable alternative to Ontario and British Columbia with their much higher housing prices and foreign taxes on real estate investment. Helping propel this investment is the fact Montreal has become a top destination in the world for foreign students to attend universities such as McGill and Université de Montréal. Condo sales in particular are selling well and turning over faster in the downtown.

Interestingly, and this is where Manitoba and the City of Winnipeg should be observing with keen interest, is the concerted effort by both the Government of Quebec and the City of Montreal to make housing more accessible to first-time buyers. It isn’t surprising that these are the buyers most affected by the new stringent mortgage requirements. As first-time buyers, they are challenged to come up with the necessary down payment and closing costs without the benefit of having built up equity as a result of already owning a home.

The Manitoba Real Estate Association (MREA) has recommended that our provincial government match the federal government’s $750 tax credit for first-time buyers to help them achieve home ownership. The value of home ownership not only helps first-time buyers set down roots and gives them the opportunity to build wealth and stability for their family, but the related home purchases generate significant economic spin-offs and jobs to the local economy. It is therefore incumbent on the Manitoba government to look seriously at what the Quebec government is doing this year, as it gives credence to what MREA is advocating.

As the Quebec Federation of Real Estate Board’s president, Patrick Juaneda, stated when commending his provincial government for bringing in a first-time home buyer tax credit this year, “It’s increasingly difficult for young families to become homeowners. The six mortgage-tightening measures in nine years imposed by the federal government have significantly reduced the room for maneuver of first-time homebuyers.”

Let’s not dismiss the importance of Montreal’s Home Ownership Program as a contributing factor in spurring on more first-time home buyer sales. The first-time buyer market can make up to 45% of housing market sales.

The City of Montreal and the Government of Quebec’s housing arm have joined forces to deliver a home ownership program which offers first-time buyers lump sum financial assistance when they purchase a new property, or a complete refund of their land transfer tax if a family with a least one child who is under 18 purchases a new or existing residential building with 1, 2 or 3 unit above-ground dwelling units. A family with at least one child under 18 that owns a home is entitled to get the land transfer refund if they purchase a newly-built 3 bedroom property. There is a maximum ceiling price to which residential building they are eligible to buy.

WinnipegREALTORS® will be doing more follow-up with the Greater Montreal Real Estate Board to document the difference these efforts are making to soften the financial impact of the federal government’s stress test on first-time home buyers, and how they can be applied to our local housing market.