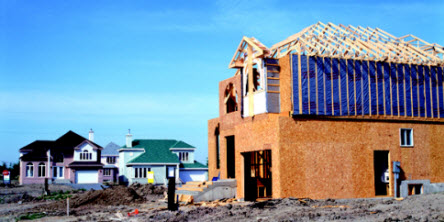 A combination of a growing population, low interest rates and consumer desires for the latest and greatest features and technologies are pumping up Winnipeg’s new home market.

There were nearly 1,700 new single-family homes and another 3,000 apartments, condos and townhouses built in Winnipeg last year and John Daniels, regional vice-president for Manitoba and Saskatchewan at Qualico, doesn’t see any reason for those numbers to go down in 2018.

“Winnipeg has the second-oldest housing stock in Canada next to Quebec City. That’s why new development has been so important to this city. The tax base that’s created in new communities is quite large compared to the tax base in older neighbourhoods,” he said.

Spencer Curtis of Hilton Homes agrees and said the spring market is off to a flying start this year, despite development charges going up five per cent on Jan. 1.

“Customers are snapping up the few remaining inventory homes which were started prior to the impact fee (going up) and cashing in on savings. In other instances, the effects of the fee are being absorbed by the market. While interest rates have crept up (in recent months), qualified buyers are still paying historically low rates. The city of Winnipeg is growing and creating an organic demand for more housing,” he said.

(Impact fees were first charged on new homes in new neighbourhoods last May at a rate of $508 per 100 square feet. For the past 11 weeks, that has risen to $534 per 100 square feet. More than $4 million was raised in impact fees in 2017, which is being kept in a reserve fund and will eventually be earmarked for infrastructure.)

Immigration continues to be strong to both Winnipeg and Manitoba, which will continue to fuel demand for new houses. According to recent figures from Statistics Canada, the share of recent immigrations to the province has grown from 1.8 per cent to 5.2 per cent. Winnipeg, meanwhile, has attracted 4.3 per cent of all recent immigrants.

Some homeowners are looking to trade in the charm of older homes in more established, tree-lined neighbourhoods for something right out of the box, Daniels said.

“New homes are very energy efficient and you don’t have to repair the roof or replace the windows right away and the furnace isn’t going to break down next year,” he said.

There is a wide range of new product available with the average price of a new home settling in around $375,000. Condominiums can be acquired for less than $200,000 while townhomes are available for less than $300,000.

“You can go up to a million bucks on a single-family home if you want,” Daniels said.

The southwest continues to be the most popular part of town for new subdivisions, such as Bridgwater, but every quadrant in the city is seeing growth.

Realtors are selling an increasing number of new homes in all four quadrants and Chris Dudeck, president of WinnipegREALTORS, believes there will be more business for them in the near future because the current supply of homes for resale is low by historical standards.

“Listings are definitely down. The buyers in the resale market can’t be satisfied with the resale inventory. If that continues to be low throughout the spring, that could be good news for the new home industry,” he said.

But it’s not all days of wine and roses in the new home sector. Curtis said there are a couple of possible storm clouds on the horizon, particularly the prospect of rising interest rates, which could put a damper on home sales and construction.

“With interest rates continuing to tick up, that’s an indication of the strength of the overall economy. Even with the possibility of rate increases in the near future, rates remain very low by historical standards. We're definitely seeing qualified buyers looking to move forward on their new home to take advantage of rates. There are so many fundamentals that provide a solid base for the market that it’s not a huge concern,” he said.

While there is ample land available for building, the time it takes for various approvals takes a “very long time,” Daniels said, so red tape could cause land supply to be an issue.