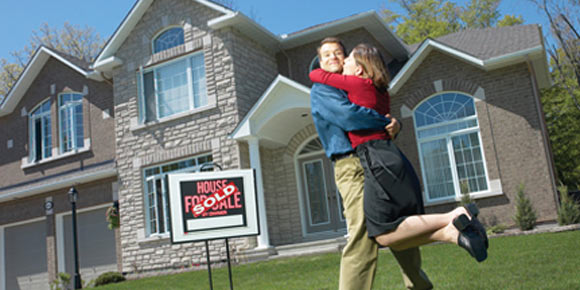 During the same period, condominiums saw more modest appreciation of 1.3 per cent to $228,923.

The survey provides information on 53 of the nation’s largest real estate markets.

“There’s a very good mix of industries in Manitoba, and Winnipeg continues to see employment and labour force growth related to manufacturing activity,” said Dan Wachniak, sales manager, Royal LePage Dynamic Real Estate. “As a result, oil price weakness has not had a significant impact on the local economy, allowing the housing market to remain strong.”

WinnipegREALTORS® reported that the local market has maintained its stability.

“Stability lives here and that is an attribute we can feel positive about in a world full of uncertainty,” said David MacKenzie, the president of WinnipegREALTORS®.

The Canadian Real Estate Association (CREA) is forecasting that the average Manitoba home price will increase by a modest 1.6 per cent over the course of 2015.

According to CREA, the elevated supply of listings now available will contribute to the modest price increase.

WinnipegREALTORS® reported there was a five-month supply of MLS® available at the end of September.

“Economic slowdowns in energy-dependent markets, most notably in Western Canada, have in part been offset by both renewed industrial activity in other parts of the country and the Bank of Canada’s recent interest rate cuts,” said Phil Soper, chief executive officer, Royal LePage.

“In line with recent quarters, strong national home price increases are largely being driven by continued double-digit percentage increases in the Greater Toronto Area and Greater Vancouver, where housing affordability is already becoming a growing challenge for many individuals and families,” said Soper.

Soper said the housing sector is prominent “as the foundation on which the economy has been built for years, and a critical foundation upon which Canadians can build their savings.”

The Bank of Canada recently announced it will be maintaining its overnight rate at 0.5 per cent.

“Canada’s economy has rebounded,” reported the bank, “as projected in July. In non-resource sectors, the looked-for signs of strength are more evident, supported by the stimulative effects of previous monetary policy actions and past depreciation of the dollar.

“Household spending continues to underpin economic activity and is expected to grow at a  moderate pace over the projection period,” according to the central bank.

“The trend in total housing starts in Winnipeg increased ... as the pace of multiple-family construction moved higher, while the trend in single-detached (homes) was relatively stable,” said Lai Sing Louie, CMHC’s regional economist for the Prairie region.

“Multiple-family constructin was driven by rental apartment starts, which are being supported by a relatively low vacancy rate and rising rents,” added Louie.