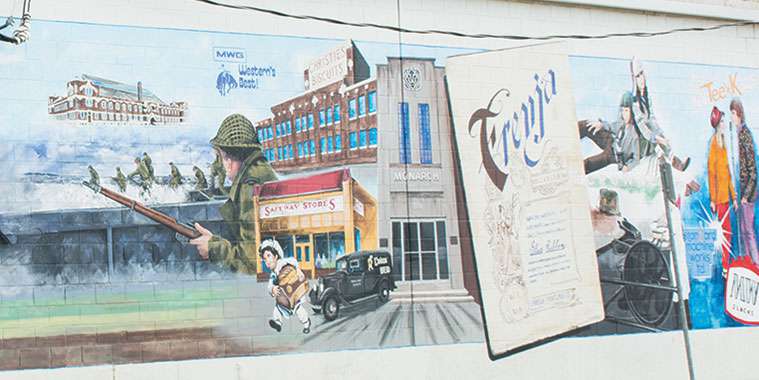 Benedictsson is the 47th inductee chosen since this program’s inception in 1986, and joins a diverse and distinguished group of citizens who made outstanding contributions to Winnipeg’s quality of life.

“Our program enables nominees to be chosen from either contemporary or historic times,” said Cliff King. “This year we welcome a historical inductee whose accomplishments span the late 1800s/early 1900s. Benedictsson was nominated in multiple fields of endeavor, which includes business, voluntary service and public affairs.”

Benedictsson’s Icelandic roots were central to her dedication to pursue equal rights for women with
her nomination supported by three long-standing Icelandic Canadian organizations.

In support of her nomination, the organizations cited attributes key to the Committee’s selection:

• Margret Benedictsson was a suffragette, social activist and journalist.

• She was an Icelandic immigrant who paved the way to Manitoban women’s right to vote in 1916,
originally arriving in North America through Dakota Territory and then moving to Winnipeg in 1887.

• The women’s suffrage movement in Manitoba gained steam when a group of Icelandic women organized a suffrage league in the early 1890s.

• Many Icelandic women carried growing support for equal rights to Manitoba when they arrived in the last decades of the 19th century.

• Margret Jónsdóttir Benedictsson was influenced by Iceland’s women’s movement and American suffragists and abolitionists — Elizabeth Cady Stanton (1815-1902) and Lucy Stone (1818-1893) — with whom she corresponded from a young age.

• She wasn’t satisfied with a passive interest in justice for women, instead determined to take action and felt her part would be converting Icelandic women to support the women’s movement.

Education was one area where Iceland accorded high priority for both boys and girls and which Benedictsson was quoted as saying, “It’s a parent’s responsibility to see that daughters as well as sons receive sufficient education”.

“A common endeavor of Citizens Hall of Fame inductees is the pursuit of social advocacy,” said King. “Back in Benedictsson’s era, women were not only denied the right to vote but not afforded the same
opportunity and support of education, and her focus on advocating for equality was relentless.”

Benedictsson gave her first public speech in 1893 on women’s equality and social reform, and established the first women’s rights magazine in Canada in 1898 called Freyja. The magazine was “devoted to women’s political, economic and social rights”. Benedictsson built a successful business with over 500 subscribers from across the country.

Her activism for women’s rights saw her become the first president of the Unitarian Ladies’ Aid Society in 1905, and establishing the first Icelandic Suffrage Society in Winnipeg, followed by one in Argyle and Gimli.

Benedictsson is given credit for keeping the suffragette movement alive in Manitoba until Nellie McClung arrived in 1910. At that time, she circulated petitions to enfranchise women with the same rights as men, irrespective of their marital or property holding status. In 1911, a joint meeting of the Icelandic Suffrage Association and Winnipeg Women’s Labour League was held to determine the best time to petition government.

When women achieved the right to vote in 1916, Margret Benedictsson had moved to Washington State. However, she was present for the vote, and her seminal role in setting the stage for achieving the right to vote for women is undisputed.

Her Icelandic heritage and activism within the Icelandic community was a contributing factor to building a well-earned respect with Manitoba Deputy Premier and Attorney-General Thomas H. Johnson who presided over the third reading of passing the Act to give women the right to vote in Manitoba. Johnson was the son of an Icelandic pioneer suffragist who worked alongside Benedictsson in support of women’s rights.

“To this day, Benedictsson is held up as an example where an immigrant can become a force for positive change by standing up for the rights of themselves and others,” said King. “Her strong convictions and determination to right a wrong gave many women in the Icelandic community and beyond the confidence to carry on her legacy.”

A historical plaque of Margret Benedictsson resides on the front lawn of 530 Maryland Avenue in Winnipeg where she lived, and a mural created by the West End Biz honouring her is situated on Erin and St. Matthews. The mural features her magazine Freyja, which when it ceased to operate, local Icelandic papers Heimskringla and Logberg lent their support and “continue today to report on both the history of Icelandic Canadians and current Icelandic Canadian news.”

“I look forward to holding the reception and induction ceremony in 2021 to celebrate Margret Benedictsson’s legacy to our community as a true pioneer of women’s rights,” said King. “At that time we will unveil the likeness of Benedictsson and install it alongside the other inductees in Assiniboine Park.”

To learn more about the Citizens Hall of Fame program and the other 46 inductees, please visit www.winnipegrealtors.ca/community/citizens-hall-of-fame