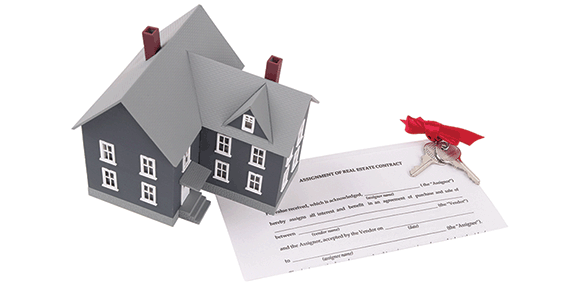 With more housing inventory, a home’s listing price is crucial

It’s now nearly mid-June, and MLS® inventory levels are higher than normal for this time of year.

“Going into June, we had 3,200 residential-detached properties on the market and 983 condominiums on the market,” said WinnipegREALTORS® market analyst Peter Squire. “Those two market segments account for 88 per cent of our inventory at 76 per cent and 12 per cent, respectively.

The average for single-family homes is about the same for May last year, while the average days on the market for condos is much higher, added Squire.

But there are instances when homes and condos stay on the market much longer than the average.

“Vendors are pricing homes higher than they should be listed for,” said REALTOR® Daryl Friesen. “That’s happening because they’re not listening to the advice their REALTORS® are giving them. It seems that they feel they can list a home at what they think it’s worth, and if it doesn’t sell right away, we can just make a price reduction three weeks later. The reality is that a home has to be priced properly from the start. You only have one opportunity to make a good impression. If a home is priced too high, then you lose that opportunity.”

Fellow REALTOR® Blair Sonnichsen said that vendors can choose to listen — or not. “I’m finding that people will listen, but at the end of the day the reality is they don’t have to take our advice,” he said. “I’ll give them my opinion, which is backed up by facts and figures, but it seems that they don’t always want to believe what I’m saying. So, I’ll reluctantly list the home at their price.”

When the home doesn’t sell in short order, the next meeting between vendor and REALTOR® is a predictable one: the vendor asks why the home hasn’t sold.

“I have to be honest and tell them why,” said Sonnichsen. “Pure and simple, the price is too high. Further to that, they may have to take less than fair market value to sell their home with so much inventory available.”

Friesen said it’s critical that REALTORS® be emphatic about a home’s value. “I think we really need to speak up more,” he said. “Right from the outset, we need to sit down with vendors and have an honest conversation about the real value of their home. It’s imperative to have that conversation the first day, not a month later.”

The reason to establish honesty early on in the REALTOR®-vendor relationship is simple, he added.

“The market is now more of a buyers’ market, so as REALTORS® we can’t start a home at a higher price at the vendor’s request as we often do,” said Friesen. “We have to tell them that their price isn’t realistic, that it’s $20,000 too high. If we don’t do that, the home could sit for 35 to 50 days, become stale, and buyers will be asking, ‘What’s wrong with the house?’ The answer is nothing — the home just hasn’t been priced realistically.”

At the same time, some of the onus on the slow market has to be put on buyers, said Sonnichsen.

“No question, they’re fussy and will wait. Part of the reason for that is there’s a greater amount of supply, which now includes newer houses, which has put downward pressure on resale homes.”

The other part is that the market is even softer than it was in 2014, he added.

Even an amount as small as $10,000 can make the difference between a home selling and sitting, according to Friesen.

“If you price a home right, at least you have a chance. The problem is, there’s so much inventory that people will still go and look at other properties. That’s tough on vendors, but vendors are making it tough on themselves. I had two to three listings where we got lower offers in the first month. The vendors didn’t take the offer, but then took the same offer three months later. Hopefully, vendors will start listening to the truth from their REALTORS® and start pricing their homes realistically.”