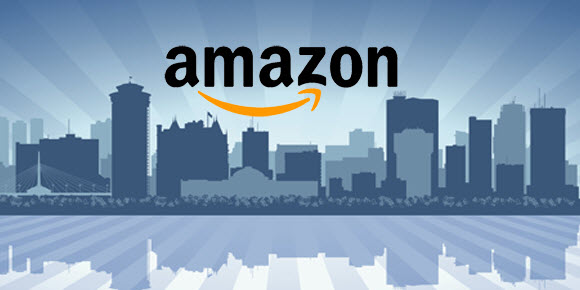 Manitoba’s over 2,000 REALTORS® have thrown their support behind the provincial government’s bid to attract Amazon’s second headquarters (HQ2) to Winnipeg.

In a letter to Premier Brian Pallister, which was also sent to Winnipeg Mayor Brian Bowman, the Manitoba Real Estate Association (MREA) and WinnipegREALTORS®, indicated their support for “Team Manitoba’s effort” to attract Amazon’s HQ2 to the city.

According to Amazon, it will invest US $5 billion to develop the new site, which will house as many as 50,000 workers in more than eight million square feet of space within a decade.

“Amazon HQ2 will bring billions of dollars in up-front and ongoing investments,” said Jeff Bezos, the founder and CEO of the Seattle-based retailing giant, “and thousands of high-paying jobs.”

Premier Pallister called the bid for HQ2 in Winnipeg, a tremendous opportunity for the province and city.

“With our central location in North America, our transportation infrastructure, our well-educated workforce, our plentiful green energy and the lowest cost of doing business in the continent, Winnipeg is the best choice to be the home of Amazon’s HQ2.”

The premier has reached out to the business community and Winnipeg’s mayor to “make this great opportunity a reality.”

“Winnipeg’s geographical position in the centre of the country,” said Bowman, “history as a multi-modal hub and advanced technology and manufacturing expertise makes it the perfect location for Amazon.”

In the letter, the two associations stated: “Manitoba is well-suited to attracting investments of this nature.”

The letter emphasized housing affordability and the stability of the local commercial real estate market.

Marina James, the CEO of WinnipegREALTORS®, said the objective of organized real estate’s support for the Amazon bid is to advance economic development in the city and province.

“The interests of economic development and real estate development are inherently intertwined,” she added. “The attraction of business investment elevates the standard of living and quality of life of our citizens.”

“It is a natural fit for us to participate in initiatives that attract business, given that we are active leaders in our communities and at the forefront of opportunities for economic development in our province,” said Chris Pennycook, the president of MREA. “Our ability to share our first-hand and applied knowledge, makes us a natural contributor to initiatives that draw companies and jobs to our province.”

The letter cited a June 2017 Housing Trends and Affordability Report from RBC, which noted that Winnipeg had “recorded its best year on record with home resales totalling almost 12,900 units. At the same time, our market remains affordable with the lowest average price for a single-detached home for cities west of Montreal, placing Winnipeg as a leader amongst cities that have publicly announced bids.

Statistics from WinnipegREALTORS® shows the average residential sale price at $297,897, which remains affordable when compared to cities like Vancouver, Calgary, Kitchener-Waterloo, Toronto, Ottawa and Montreal, all of which have announced bids.

So far, over 100 communities in the U.S. and Canada have announced bids for Amazon’s HQ2.

“Additionally,” continued the letter, “the latest market forecast from the Canadian Real Estate Association (CREA) projects that Manitoba will be one of only two provinces projected to set new sales records in 2017.”

According to the letter, “Affordability and supply in our local markets will help companies searching for housing for workers, as well as strengthening our growing commercial real estate market.”

The local bid for HQ2 is also helped by the commercial real estate’s balanced market, as well as a “decades long stability, which Winnipeg is famous for, that is expected to continue for the foreseeable future.”

“We look forward to continuing to promote Manitoba’s unique and unlimited potential through the North American REALTOR® association community, comprised of over one million real estate professionals, ... as a viable and thriving province for investment,” said David Salvatore, CEO of MREA.